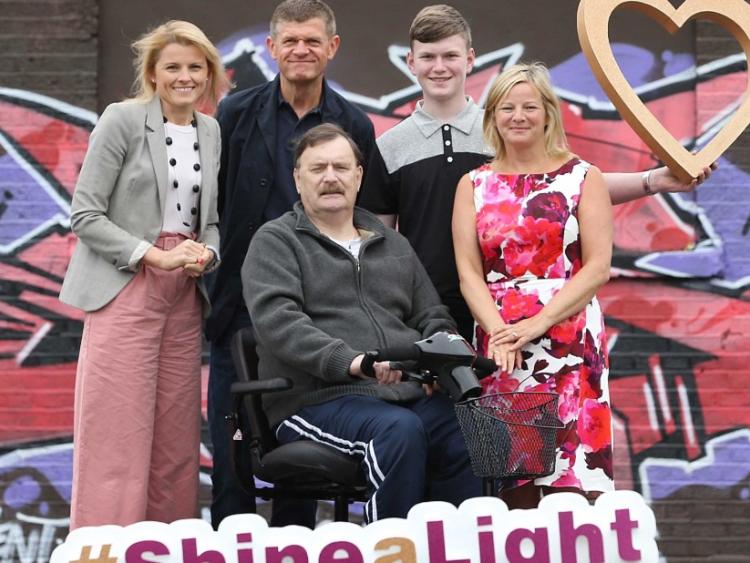 Offaly's 3,357 carers to be recognised on National Awareness Day

Family Carers Ireland, in partnership with CarePlus Pharmacies, has launched its ‘Shine a Light’ campaign ahead of the first ever National Awareness Day for Family Carers.

The National Awareness Day will take place on June 21st, 2018, the longest day of the year to raise awareness and much needed funds that will help support Offaly’s 3,357 Family Carers.

"Family Carers are the unsung heroes of the country’s inadequate health service who prop up national services at a high personal cost financially, physically and emotionally," according to organisers.

They make a huge social and economic impact, including saving the Government €10bn in unpaid care each year, providing 6,608,515 hours of care per week.

Demographic changes predict that one in five people will take on a caring role by 2030, while it is estimated that there are over 57,000 young carers in Ireland looking after someone in their family who has an illness or disability. Family Carers are largely in crisis with limited access to essential services and respite.

Speaking at the launch, Catherine Cox, Head of Communications and Carer Engagement, Family Carers Ireland said, “Family Carers play an essential role in maintaining Ireland’s Health Service. Without their dedication to providing care for their loved ones in their home, the pressure on hospital beds and services would be immeasurable. We are shining a light on Offaly’s Family Carers by asking the public to buy a pin and to support our National Awareness Day on June 21st – the longest day of the year.”

The pins will also be available in a number of shopping centres in the lead up to June 21st. People can also visit www.familycarers.ie to make a donation.