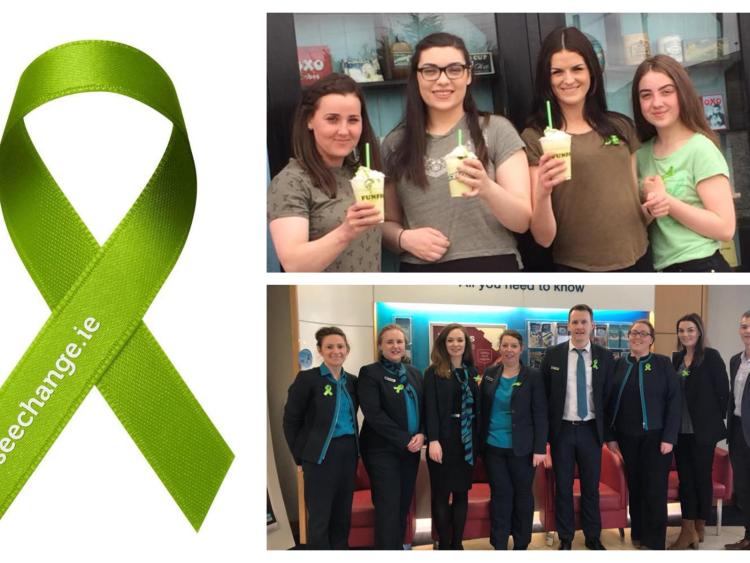 Offaly man James O'Connor has been inspiring Tullamore and the rest of the country to support the Green Ribbon Campaign promoting conversation and awareness around mental health.

He has visited almost 200 businesses to promote the green ribbons which are worn and displayed throughout the month of May as a way of supporting the campaign aimed at ending mental health stigma.

"I got involved with the Green Ribbon Campaign three years ago after sharing my story about my battle with mental illness and an attempt to take my own life in 1999," James told the excellent Humans of Offaly Facebook page.

"I am now one of 60 ambassadors across the country trying to end the stigma around mental illness," he said.

In an open and honest post, James recalled that a few years ago, two young men he knew took their own lives. "I couldn't believe it and decided that I would share my story, despite being a very private person," he said.

"My thinking was that if it helped to save just one life, it would be worth it."

He spoke openly about his own mental health struggles and attempted suicide, explaining, "I was 19 when I felt that my life was over and I can empathise with people who feel that way, for whatever reason. A lot of problems can be fixed though if they are shared."

"I regret what I did that day, and I am sorry to all the people my actions affected. If I could change it, I would, and I am very grateful to the people who found me and saved my life," James added.

He continued: "Suicide is a permanent solution to a temporary problem. It's like throwing a stone into the water - the ripples keep going. It affects so many people. No matter what road you have travelled, someone has always travelled it before you. There is always someone willing to help if you ask."

James is now pounding the pavements and traversing the roads of Offaly in his downtime from his busy construction company, FitOut.ie, to spread the message and fight the good fight against mental health stigma.

"Mental illness can strike anyone at any time; it knows no boundaries. I think if you can get kids when they are young and teach them not to be afraid to speak up and share what is in their head it will help them a lot and will go a long way towards ending the stigma," he concluded.

See change have rolled out a month-long national Green Ribbon Campaign to encourage people in Ireland to end mental health stigma this May. James, supported by the Tullamore Chamber of Commerce, will be handing out 7,000 green ribbons to every business in Tullamore.

You can find out more by following the #TullamoreGoesGreen hashtag on social media or by clicking here.