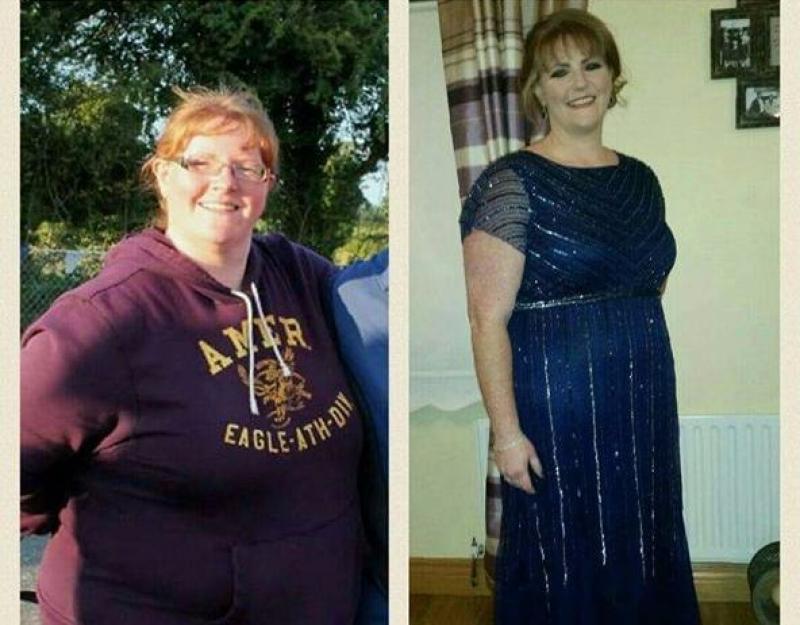 Popular Offaly woman and Offaly GAA PRO, Mary Dunne, has been speaking to the Offaly Express about her truly amazing weight loss transformation. The Ballyfore woman has shed over 7 stone in less than eight months after starting a lifestyle change process through Herbalife in July 2016.

"I was at a stage, having struggled with my weight all of my life, that something finally clicked in my head. It had come to a stage that I was struggling to do the simple things in life. While I would be a very active person in general, I was finding it was getting harder and harder to do things that I was always able to do. The very fact that my clothes no longer fitted was the massive straw that broke me. Buying larger and larger sizes was not an option that I wanted to take and I just had to do something," Mary said.

Mary heard about the Herbalife programme through a number of friends, and had seen the great results that they were accomplishing. "The programme re-assesses your opinion of food and promotes a healthy and nutritious approach to your meals on a daily basis," Mary remarked. "As part of the process I attend the Herbalife Nutrition Hub in Tullamore every weekday morning. My leader John Regan and Martina Gannon, who run the Nutrition Hub, have a supportive group every morning where you are weighed and you have your protein shake for breakfast," the popular sports reporter added. 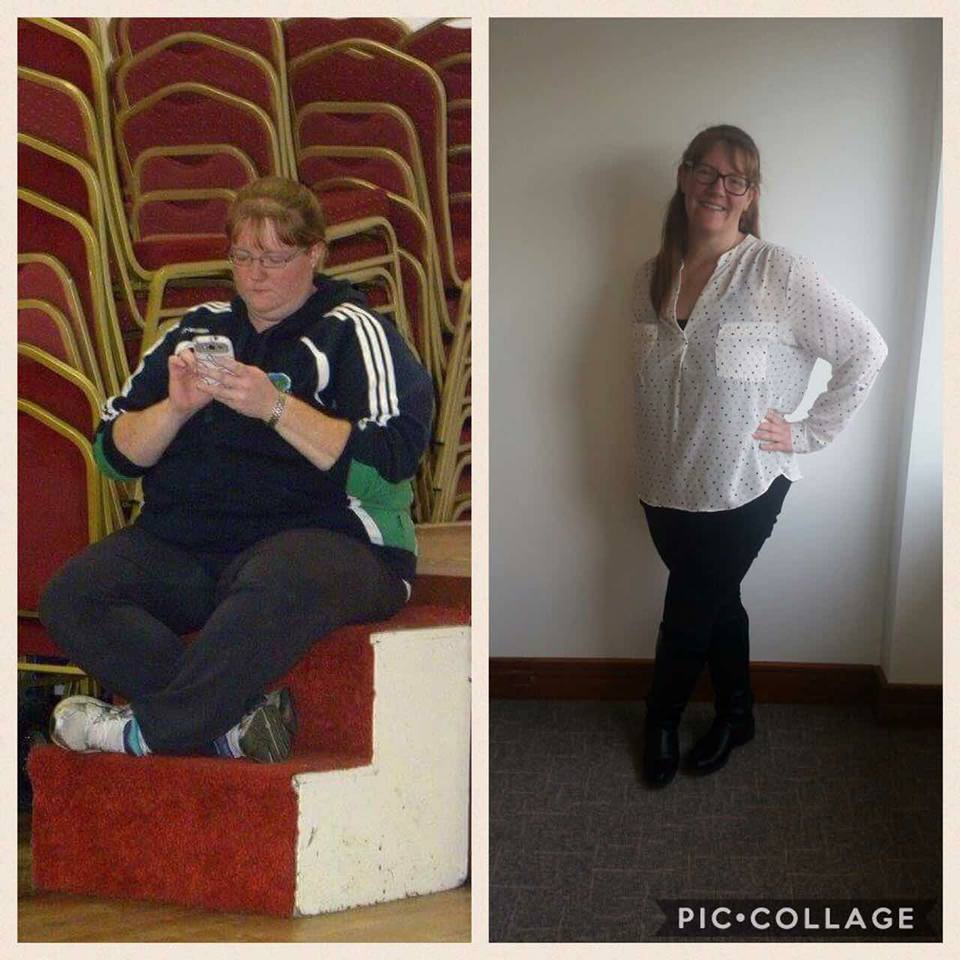 In the Nutrition Hub you receive daily food plans, advice about meal preparation and encouragement from other members and "especially John and Martina," Mary told us. "They advise you to eat five times with meal planning the key. While it sounds funny, 'if you don’t eat enough' you won’t see results. The process has brought back my love for cooking and I no longer see it as chore. It has broadened my options to different foods and while you think you can’t live without something in particular, there’s always a healthy alternative."

Mary found it tough going at the very beginning given her hectic lifestyle. "I am heavily involved with my local GAA club Ballyfore and Offaly GAA, which requires me to attend a lot of meetings, sometimes late at night. As result I was skipping meals or eating on the go, and definitely not always making the right choices," Mary admitted. "During the first two weeks I did find it a struggle trying to be prepared, with my energy levels extremely low from all the weaning off the 'bad stuff,' but seeing that number decrease on the scales only spurred me on," Mary continued.

SEE ALSO: FITNESS FRIDAY: How to meal prep like a boss when you have a busy life

Due to Mary's commitments to a full time job and her involvement in the GAA, she felt she didn’t have the time to dedicate to a weight loss programme. "Dinners really had become a thing of the past for me and I was unaware how easy it was to change and adapt to a healthy lifestyle until John and Martina gave me all the guidance and meal plans. To be honest, the most difficult part was joining in the beginning as I had an impression of losing weight as a long and difficult journey. I still allow myself the odd treat and that certainly helps, but in saying that, I never feel deprived or hard done by," Mary insisted.

Now that Mary has lost 100 pounds, she says she is "thrilled" that she stuck with it and achieved such fantastic results. "I find it a massive boost to be able to finally buy clothes in shops I never thought I could. It is a great boost of confidence, especially with the massive support I have received from my friends and family.

Despite losing so much already, Mary says she is not finished yet: "I am still working on my target, while I don’t have much more to go I had a figure in my head for a while and I want to hit that hopefully within the next few weeks. With that also comes the goal to be more active in the form of exercise and to continue my healthy approach to food."

Mary had the following to say to others who may be considering taking that same step she did into a weight loss programme: "I have already encouraged several of my friends to join. While it isn’t easy, it is certainly very manageable and the results speak for themselves. The hardest step is walking in the door and signing up."

"For years I would have had people saying it to me about different programmes, but nobody can ever force you into doing anything, you have to be ready yourself, and the day that you make that decision rather than being forced is the day that your life will change forever."