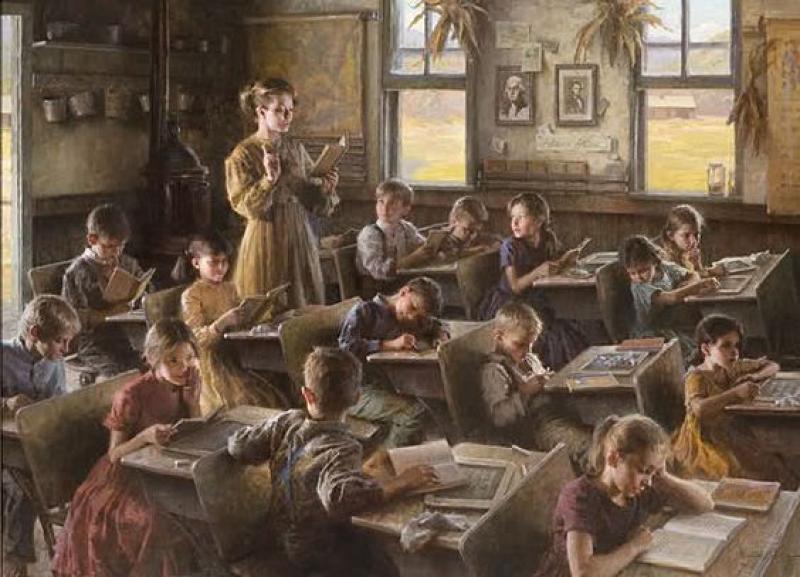 This blog questions the value Ireland has placed on drama in an educational context. I have chosen to write the following piece from the perception of a current leaving certificate student. The language I have used in the first half of the text is taken from actual opinions of Irish people that I and some of my former colleagues have had to endure throughout the years. Fortunately for me (in real life), I have very supportive parents who have always encouraged my love of drama wholeheartedly but we need more than supportive parents to see drama as a respected leaving certificate subject option. We need the support of our Irish government - Lauren

Safe choices made and off to see a play at the weekend, visit the pantomime at Christmas with the children, catch a movie at the cinema, laugh, cry, feel your deepest emotion rise from the pit of your stomach, warming the cold patches of your heavy heart, it feels therapeutic and beautiful and...voilá! The lights are up and curtains down, cast your empty cup aside and walk out the door. Actors, playwrights, directors, writers, producers, stage designers, dancers, singers , prop masters, lights, sound, disrespect and a wagging tongue. "It’s not for you, petal. Keep walking. Don’t look back, love. There’s no money to be had. Better be miserable and rich love.’’

Secondary school screams piercingly like shards of glass soaring through my god given, intrinsic being. Maths! Science! Language! Drill it in to ya. Get a job. Make money. Lots of money. Run the rat race with everyone else and don’t give up until you are keeping up with the great boast alongside George and Theresa who buy a brand new car every year and work good, solid, decent jobs. Unlike drama. Drama is not a real job. Are ya mad? It’s a hobby. You’ll never be Angelina, Depp or one of those types cause that’s obviously what you’re aiming for isn’t it? Ah ya silly eejits, sure don’t you know that’s all a pipe dream for the Americans and the air heads. You’re clever. Don’t let your brains go to waste doin’ drama. You can still do 'drama' in your spare time. What? Ah jaysus, you’re not serious! Acting? As a job? Nah. I think you’d make a fantastic garda though because you’re clever. A capable girl like you? Acting? Pfft! Acting the fool more like it. Have you thought about nursing? That’d suit you because you’re fierce kind.

What is rich? Will I be rich if I study law or accountancy? Well even if you’re not love, you’ll have that bit of status about ya, won’t ya? You’re best to do somethin’ smart, that makes ya look smart, that tells everyone you come from a decent, proper, intelligent line of people. Drama heads, filmmakers, circus people. Sure they’re eccentric and they’re a bit of fun no doubt but it’s no life to lead. They are different. They’re not like us. What would people think? It’s important what people think you know....AND WHAT WOULD THEY THINK if you go down that route of entertainin' people? You’ll be entertainin’ them and they’ll like it while they’re watchin’ it, oh yeah, and then they’ll go back to their real jobs and they’ll be laughin’ at ya. They all know better than to be acting the shite with their lives doin’ ‘drama’. Oh they’ll be laughing at ya alright. Is that what ya want? No? Of course it’s not. I’m tellin’ ya now to cop on. Stick to science. I know ya say you don’t like it but it’ll be worth it in the end. Make them all jealous, love! What do ya mean ya have no interest? Don’t be stupid. Of course ya have.

I do not have any interest in maths. I loathe every science class I have to sit through. I cannot comprehend this relentless and insane pressure you place on me to study German, French or Spanish. My friend Niamh loves Spanish and Pádraig loves German and they are so, so incredibly lucky that they have the facilities available to them whereby they can study what they love. That's fantastic. For them. But I want to act, I want to make entertainment. I want to audition for movies and paint and write songs with beautiful and passionate lyrics and melodies. I want to illustrate cartoon images for children's films. I want to write scripts, I want to imagine and create. Don’t you dare push me and poke me and shove me into this idealistic Jig-Saw puzzle you have crafted for me. I do not fit. I do not want to fit. You are hurting me and you are destroying my individual shape.

As it stands there is no outlet in Irish secondary schools to study drama as an exam subject and we have to ask ourselves why that is? Drama with all the established evidence of it's positive influences on students could be of tremendous benefit to myself, my peers and could have been too to all the thousands of students who left secondary schools across this country not ever knowing drama as a worthy enough subject option. You see, drama doesn't just mean you watching me in a fancy dress reciting lines and being applauded for not forgetting any.

Drama marks the beginning of a journey of self-appreciation, self-esteem, confidence, public speaking, literacy skills, diction, pronunciation, projection through play writing and line learning, interview techniques through role playing, discovering cultures, races, histories across the world which encourage empathy and understanding. You cannot understand a person any more than if you were physically put into their shoes and you can do exactly that by becoming another person through drama. By becoming a character in a book or a play or from real life. By adopting a different culture and by adopting emotions other than the ones you feel in your own body, you are realising what it is to be someone other than who you are. You are learning and discovering. You are growing as a human being.

So I am asking you dad, I am asking you Miss, Sir and Ireland. Please adopt my character for five minutes. Please adopt the character of myself and of all those who have found themselves in this position. Dad, you had a love and a passion for mathematics and you were allowed to follow your desired path without hesitation. Sir, you wanted nothing more than to become an Irish teacher and fortunately for you, you didn’t have to wait for your wish to be granted, the option was there and ready for you to take.

Ireland, you are putting doubts in the minds of students who wish to be actors, drama teachers, drama therapists, filmmakers and more. You are making these students think, "This must not be good enough. Our innate desires and dreams must not be good enough or surely they would be options alongside all the other options.’’  Drama education is not an examination option in Irish secondary schools  and that really is a terrible shame.

For more columns in the Little Dot series click here

See Also - To Walk With the Beasts and the Babies. Living in the Present