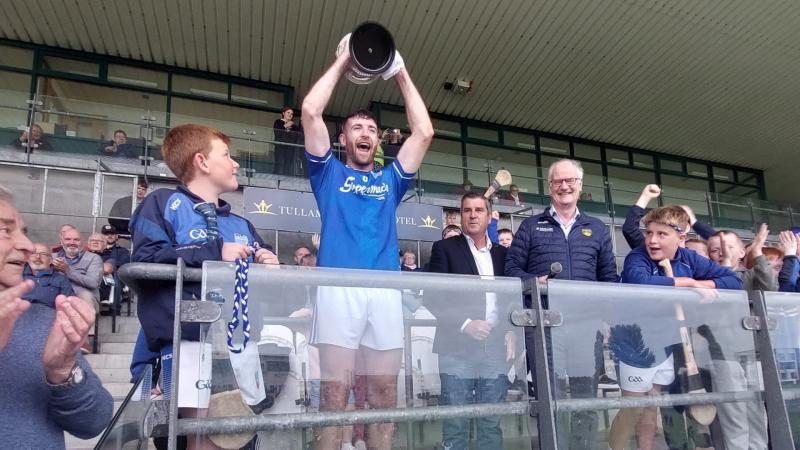 Tullamore led by four points at half-time thanks to goals from Ciaran Egan and Shane Kelly.

Tullamore started quickly and points from Shane Dooley (2) and one from Mike Fox left them in a three point advantage inside the first three minutes.

However after that early burst, Clara settled into the game and points from Lorcan Hiney, Alan Gavin and two from Josh Fleming left them 0-4 to 0-3 ahead after 20 minutes.

Shane Dooley eventually ended Tullamore's scoring drought with a point from a free before two goals in four minutes launched them into the lead.

The first from Ciaran Egan came on 23 minutes with the second from Shane Kelly following in the 27th.

Josh Fleming pulled two back for Clara before the break, both from frees, but Tullamore went to the interval with a 2-4 to 0-6 lead.

They extended their advantage early in the second-half through another Shane Dooley free with Gareth Mann adding another on 41 minutes to leave six points between the sides.

Conor Egan scored Clara's first point of the second-half with 43 minutes on the clock to reduce the gap to five but Mike Fox restored Tullamore's six point advantage with 15 minutes remaining.

Points from Pa Smith and Stephen Weir got Clara back within four entering the last ten minutes with Tullamore still holding a 2-7 to 0-9 lead.

A point from Shane Dooley extended the lead to five and then the veteran settled the game with three minutes to go as he found the back of the Clara net to put Tullamore 3-8 to 0-9 ahead.

Dooley added another late free to put nine between the sides and that's how it finished as Tullamore secured their place in the top flight for 2023.