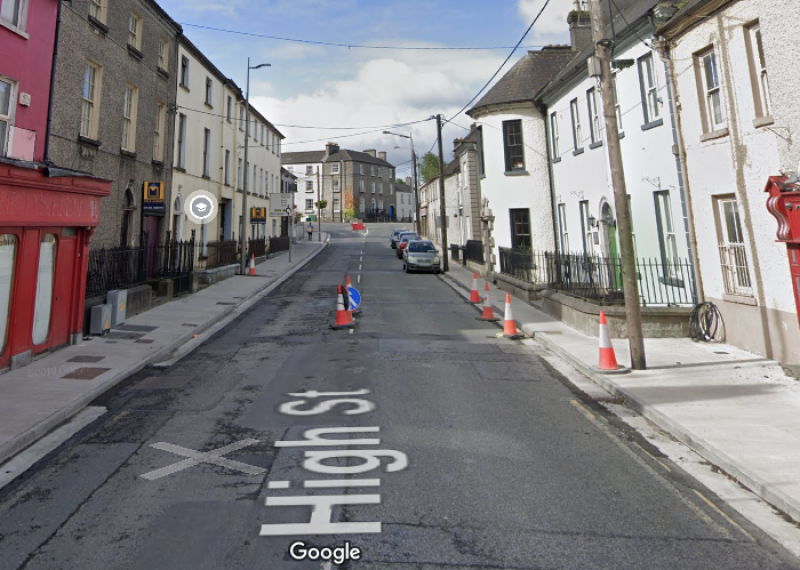 THREE studio apartments and one two bedroom apartment are being planned for High Street in Tullamore.

The application is in the name of Joseph P. Galvin. The architect Frank Murray has requested that Offaly County Council look on the application favourably as he says ''it will help rejuvenate the centre of the town with living accommodation over existing shops/restaurants.''

There are a number of developments planned for High Street, the opening of the Arts Centre is due to take place in the latter part of 2022.

Meanwhile just recently James O'Connor received permission for a major retail and office development at O'Neill's Place just off High Street. He also has a planning application with the local authority seeking to build town houses at the same location.

In addition what has been described by Councillor Tony McCormack as a 'super-pub' is also being developed with food and entertainment on High Street.

Councillor McCormack made his remarks at a recent Tullamore Municipal District meeting when he said Tullamore is thriving despite setbacks. He was referring to the lack of progress on the N52 Tullamore to Kilbeggan link road.

Councillor McCormack said; ''Tullamore is thriving at the moment. We have so much to look forward to with the green-ways, street enhancements and coming up shortly we have the opening of the Arts Centre. We also have the opening in September of Shane Lowry and Alan Clancy’s new gastropub which will be huge in the town.'' he said.