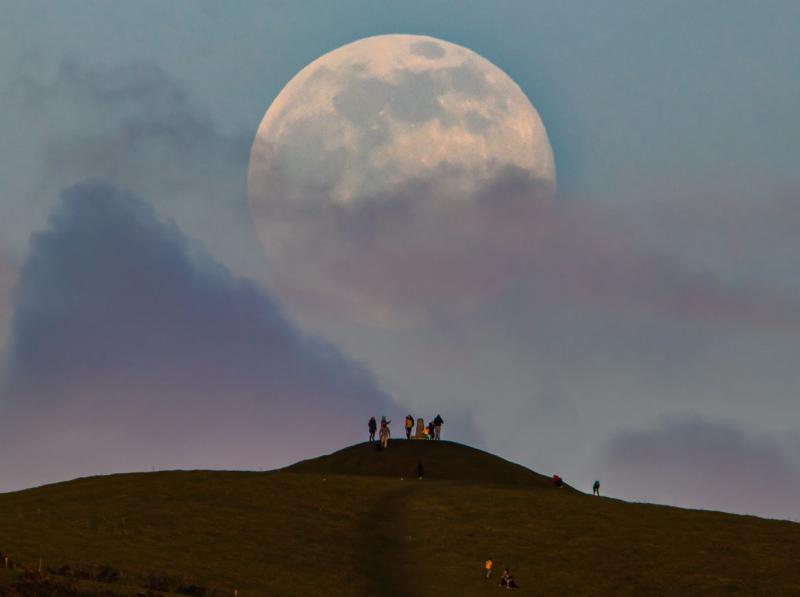 RAHAN man Tom O'Hanlon is in the running to scoop another top astrophotography award.

The former Tullamore and Midland Tribune staff photographer has been chosen for the next stage of the prestigious ‘Reach for the Stars’ astrophotography competition, run by the Dublin Institute for Advanced Studies (DIAS).

Two photographs taken by Mr O’Hanlon have been shortlisted in the ‘Back on Earth’ category in the competition, which aims to find the best astro-photographs taken in Ireland over the past year.

While a high-profile judging panel will select the overall winning entries in the coming weeks, an online vote was launched today (June 21), so members of the public can also have their say.

All shortlisted images – including Tom O’Hanlon’s photographs – can now be viewed on the ‘Reach for the Stars’ website, www.reachforthestars.ie where the public can also cast their vote for their favourite image.

Mr O'Hanlon chose Croghan Hill for one of his entries, entitled 'The Pilgrim's Path'. He explained: “Every year on St Patrick's Day there is a pilgrimage to the hill where locals climb the hill and drink from the holy well. I knew that there would be still be people climbing it well into the evening and thought that they would give a great contrast to the moon.”

He was concerned about cloud cover but luckily the moon emerged just in time for him to capture his image.

He ventured outside the county for the second photograph, 'Copper Coast Starlight' (see below). He was inspired by the Copper Coast of Waterford when he visited family in the county. 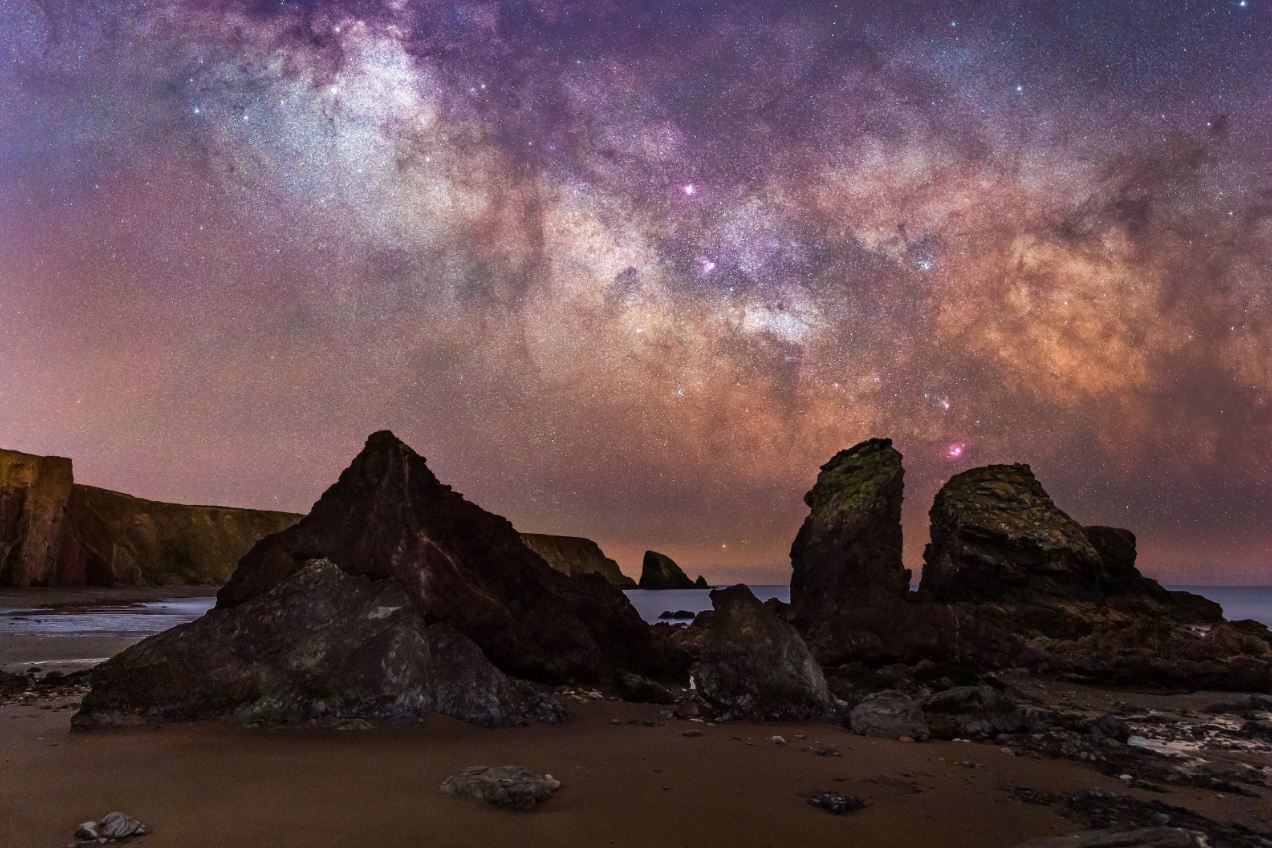 “I was blown away by its beauty but also by how harsh and rugged this coastline can be. I visited various beaches and coves but Ballydwan was one of my favourites and really made me want to capture a mesmerising milky way above this natural beauty.”

In March he booked accommodation in Annestown and spent the weekend shooting his astophotography.

Over 160 images were submitted to the competition in total this year, with 40 selected for the shortlist and public vote.

There are two categories in the competition: ‘Out of this World’ and ‘Back on Earth’. The ‘Out of this World’ category features images depicting elements of astronomical interest. The ‘Back on Earth’ category features astro-landscape images that depict an element of astronomical interest and elements such as nature, cityscapes, land or water.

The winning images selected by the judging panel and the public vote will be announced in July, and an outdoor exhibition will be staged by DIAS in August to showcase the best images.

Alongside the Public Choice Award for the winner of the online public vote, an overall winner and runners-up will be chosen by the judging panel for ‘Reach for the Stars’, which includes: Professor Peter Gallagher, Head of Astrophysics at DIAS; Brenda Fitzsimons, Picture Editor of The Irish Times; John Flannery, Vice-President of the Irish Astronomical Society; and Niamh Breathnach, Director, Alice PR & Events.

This year will also see the inclusion of a special prize to mark the 75th anniversary of the School of Cosmic Physics. One photograph that depicts the work of one or more of the research areas carried out at the School will be selected for the prize.

Last year Mr O'Hanlon was runner-up in in the inaugural ‘Reach for the Stars’ astrophotography competition run.

His image, ‘North Star Jesuit House’, was a series of tacked images, taking in The North Star, which demonstrates the Earth’s rotation, captured at Tullybeg House – the former Jesuit boarding school in Rahan.

In addition to his success with this image, one of the Rahan man's other entries ‘Skytrain Lough Boora’ was also selected to feature in an exhibition of the judges’ 20 top-rated images.

Commenting today Professor Peter Gallagher of DIAS said: “I’m delighted to return for a second year of judging for the ‘Reach for the Stars’ competition. The standard of entries has been excellent again this year. It’s amazing what the photographers have been able to capture, from stars and galaxies that are millions of light years away to stunning scenery back on earth.

“I’m particularly excited to be involved in selecting this year’s special prize to mark the 75th anniversary of DIAS’s School of Cosmic Physics. I’ll be looking for an image that depicts the work of one or more of the research areas carried out at the School. This includes research on everything from solar and stellar physics and space weather to planetary science, geological formations and star formations.

“We hope the people of Offaly will get involved again this year in the public vote and cast their vote for their favourite image.”

Also commenting today, Dr Eucharia Meehan, CEO and Registrar of DIAS, said: “The online public vote to select the winner of the Public Choice Award is a great way to introduce people to the world of astrophotography. Some of the entries capture very complex astronomical features, while others depict stunning Irish landscapes to showcase different aspects of astronomy.

“It will be a difficult task for people to choose a favourite in the online public vote – and for the judging panel to select an overall winner. I’m so impressed by the level of creativity and skill we have amongst photographers in Offaly and right across the country.”

Votes for the Public Choice Award are restricted to one vote per person, and voting will close at midnight on Sunday, July 3 next.

DIAS’s ‘Reach for the Stars’ competition is being run in partnership with The Irish Times and is sponsored byAlice PR & Events. The Irish Astronomical Society are initiative supporters.