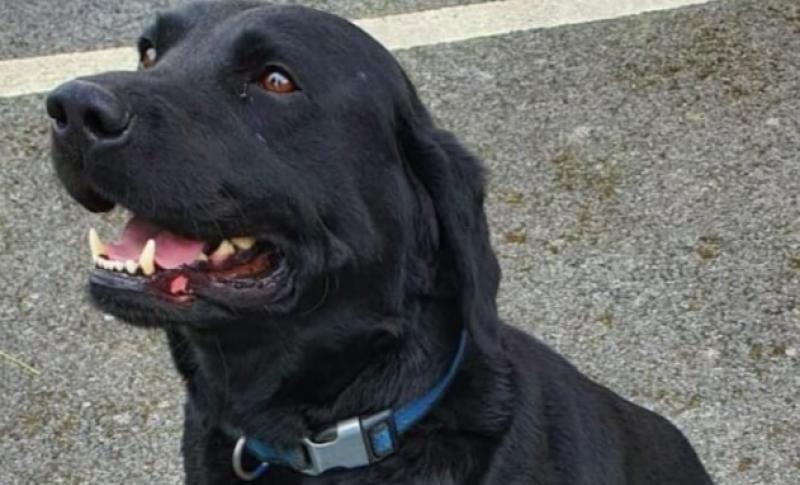 The Garda sniffer dog Rex which was recently in Birr looking for drugs. Rex, a labrador, is one of 19 garda dogs.

€3,450 worth of drugs was discovered by a Garda dog in a Birr housing estate recently.

The Garda Dog Unit was in Birr recently searching a house in the housing estate for drugs.

During the course of the search, assisted by Rex (a black labrador), at 7 in the evening, they found €1,750 of cannabis herb and €1,700 of amphetamine. They also found drug paraphernalia, which included weighing scales.

A local man in his 20s was arrested and detained and charged with the possession of illegal drugs for sale and supply.

The search was part of Operation Tara, a national Garda anti-drugs operation which has been running for several months.

A Garda spokesperson pointed out that dogs like Rex can find much more than drugs when they are searching people's houses. “They are trained in a number of fields," he explained. "As well as sniffing out illegal drugs they can also sniff out cash and in some cases weapons so they’re very highly-trained animals”.