Revamped Parish Hall in Offaly has a connection with Oasis 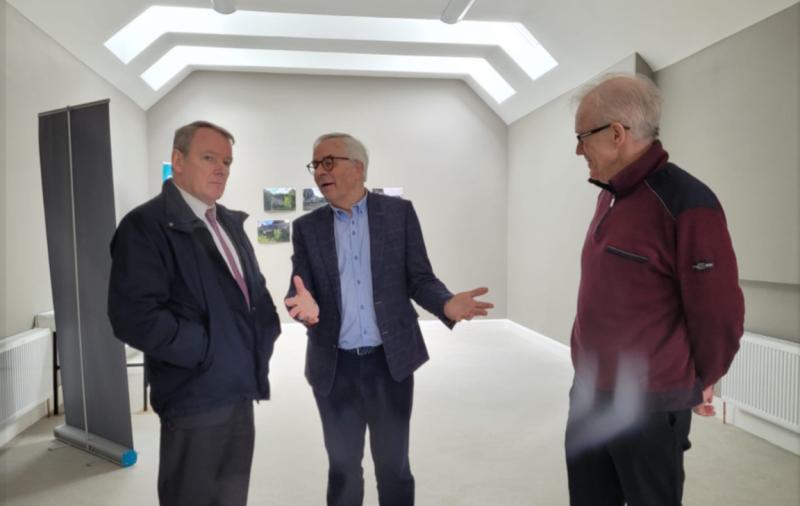 The recently revamped Parish Hall in Kinnitty has a link with rock band Oasis, a fact which many are not aware of.

A lot of people know about the Irish background of brothers-at-war Noel and Liam Gallagher, but few are aware that the band's original drummer, Tony McCarroll, has deep Irish roots in the Slieve Bloom village.

McCarroll likes to recall that his first gig as a drummer was in the old Parish Hall in Kinnitty.

"I love Offaly,” said Tony when speaking to the media a couple of years ago. “I love it. Unfortunately, we did have to move back to England after two years. I didn't want to go back. I wasn't eating for a week over it. I loved the country life, farming life, living off the land, fishing, hunting. And that is still me. When I go over there, that's all I want to do. And luckily I've got my cousins over there so I can dip my toes back in, as they say.

"I've been playing the drums since I was a child. But my actual first public, rehearsed gig, believe it or not, was in Kinnitty Parish Hall.

"The headmaster at the time, Mr Dooley, realised that I was playing drums, and had a lad called Seamus Bradley, who's still in Kinnitty, playing tin whistle.

"I mean, it must have been the most ridiculous set-up you'd ever see," Tony joked. "But, I can say, with my hand on my heart, that was my first rehearsed, public gig, and it was in Kinnitty, and I'm happy to say that."

Tony was born to Irish parents in June 1971 in Manchester, where he grew up. However, he also spent a couple of years in Kinnitty during his youth, because his family moved there due to his Dad's work. (His Dad was from Tyrone and his mother was from Offaly).

Tony got his first drum kit when he was six years of age. In 1991, at the age of 20, he and three others formed a band called The Rain. This eventually became Oasis. Oasis released their debut album, Definitely Maybe, in 1994 and shot to fame.

However, as so often in the rock music world, things turned sour. Tony was asked to leave the band in April 1995, which he did. In 1999 he sued Oasis for £18 million. Eventually, he accepted an out-of-court settlement of £550,000 in March 1999 and agreed to give up future royalties.

Cllr John Clendennen told the Midland Tribune that Tony still visits his relatives in the village from time to time. The Councillor said the villagers are proud of their village's link with such a famous person.

The Councillor pointed out that the Parish Hall fell out of use and became rundown. The building, which was in danger of dereliction, has been upgraded to the highest standards. While it won't be used for concerts, as in Tony's day in the 1980s, it's hoped that a bike hire service will operate there.