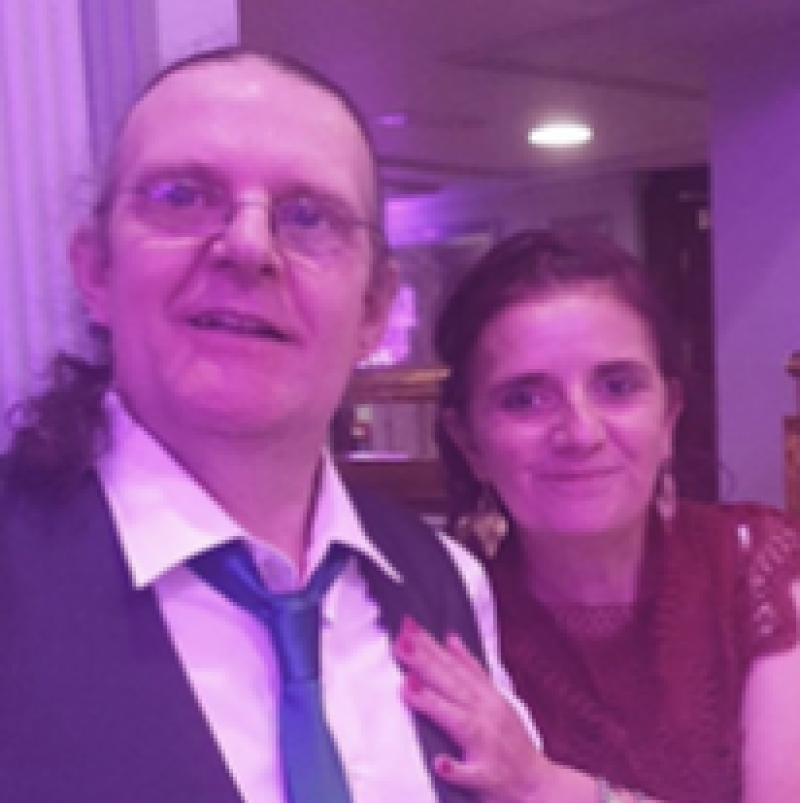 It was in early 2021 that a Clara mother made the selfless decision to donate her 59-year-old husband’s organs with the unanimous support of their blended family of eight adult children.

Rose Buckley, a native of Pullough, and her life partner Paddy Johnson, who hailed from Ballycumber, had been together for 30 years when Paddy tragically passed away at the Mater Hospital in Dublin.

He had been on life support following almost two years of health struggles sparked off by a heart attack in February 2019.

In the intervening period he spent a lot of time in and out of hospital including at his local Midlands Regional Hospital in Tullamore where he was under the care of Dr. Shiels.

He had various issues with blood pressure and an erratic heart rate. He was also hospitalised for some time in St. James Hospital Dublin after suffering temporary liver and kidney failure.

In October 2020 his health deteriorated further and he was sent to the Mater Hospital in Dublin for a check-up. On seeing how ill he was, medics at the Mater would not allow him to leave as it was determined he was gravely ill. He was connected to a heart pump 24/7 which helped pump blood through his heart and around his body and he continued this treatment until the end.

Just after Christmas 2020 his body gave up and he was put on life support for a few days until it became clear he was brain stem dead and wasn't going to recover.

Rosie explained, ''It was hard to comprehend what was happening. Our son Patrick Jnr. and Paddy’s daughter Rachel were with me when the doctor asked if we wanted to be present and say our goodbyes when the life machine was to be turned off. Agreeing to pulling the plug was not a decision I wanted to have to make but then in an instant I remembered something. Paddy and I had regularly discussed organ donation from the time he had the heart attack. I knew that this is what Paddy would want as he had said that whatever organs are worth taking to save someone else, they can take them. Patrick and Rachel were beside me and immediately agreed. The doctor said that I had made a very good decision. However, I deferred before confirming this decision as I explained I first had to consult with the other six children who were in the waiting room waiting for an update on Paddy’s grave situation. Every single one of them agreed to organ donation and I had discovered that some of them had carried donor cards without the rest of us ever knowing. In our grief we found huge comfort in knowing we were honouring Paddy’s wishes.

As it turned out, three people and their families benefited from the organ donation, and the organs which had temporarily failed a few months before were the ones suitable for transplantation. His kidneys went to two people and we know that a man received his liver. Within months of the donation we received three letters anonymously through the organ transplant coordinators from each of the transplant recipients expressing their gratitude. I wrote back to all of them.

"I am proud of Paddy's legacy. He worked hard from when he was 14 years of age. In later years he was a self employed upholsterer up until his heart attack in 2019. All our children get on really well together and drop into me every other day. Before we became partners for 30 years and set up home in Clara, Paddy had three children and I had two, and then together we went on to have three more children. All eight of them are working in different jobs.

“It gave the whole family a great lift to know that by fulfilling Paddy’s wishes three families are enjoying having a loved one around whose life was saved through organ donation. While I miss Paddy every day and I have lost a piece of me, I am consoled in knowing that he has helped others and that I am surrounded by all our children who live nearby and our 17 grandchildren.”

“I think it's really important to tell others who might not have been through what we have or who have someone waiting for an organ transplant in order to survive, to think about organ donation and tell people of your decision to be an organ donor if you have an untimely death.”

Organ donor week runs until April 30 but you can get a donor card at any time.