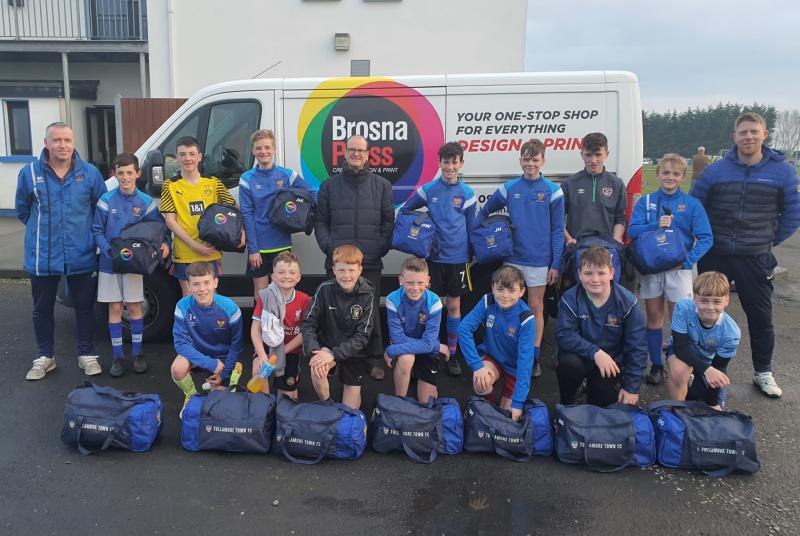 Tullamore Town FCs U13 side had their final training session this Thursday ahead of their crunch tie against Midleton FC in the semi final of the SFAI National Cup on Saturday, April 23.

Tullamore’s first round game against Edenderry seems a long way away now and having come through seven rounds of this prestigious national competition, a place in the final is now at stake.

Having beaten Bohemians of Waterford in the quarter finals, Tullamore face top Cork side Midleton FC in Cork in what will most likely be the sternest test this young team has faced to date. Midleton knocked out a highly fancied Crumlin Utd side at the quarter final stage and with home advantage in the semis will likely fancy their chances against a Tullamore side who, despite having swept aside all before them in their run to this stage of the competition, are possibly still something of an unknown quantity in a competition that is traditionally dominated by the top sides from Dublin, Cork and Galway.

Patrick Murrihy, coach commented: “Obviously this will be a very tough task, with Midleton being top of the Cork league. It is probably going to be a big step up from what we played already, but hopefully lads can rise to the occasion and have right go.”

Tullamore will not be fazed by the task ahead of them this weekend and this side has shown a maturity beyond their years, playing precise, sharp, controlled football, and with goals throughout the team.

Jason Halloran, coach, speaking during the week commented: "There has been many a great player, and plenty of excellent teams in Tullamore over the years, who would have  loved to compete in a national semi final, which makes what these lads have done so far all the more impressive. We know there will be nerves, but also we hope the lads enjoy the occasion, and give it a right good go. They are a great bunch of lads, a pleasure to be around and train."

This is a very special group of players, the core of which have played together for more than five years, but a team which has been strengthened by the addition of some very talented players over the last couple of years to create a very strong united outfit, who play and work for each other. Their coaches have instilled a very strong work-ethic in the team which has added steel to their skill. They play football the way we love to see it played, it’s powerful, fast, precise, lots of passing and movement, complimenting individual flashes of skill.

It would be a truly remarkable achievement to reach the final, and having come so far in the competition, Tullamore will give everything to do just that. On Saturday morning next the team bus, supporters’ bus and countless cars and vans will depart Leah Victoria Park for the long drive south for the 2pm kickoff. Whatever happens, this is a season these boys will never forget.