Derelict Offaly eyesore to be demolished after massive funding boost 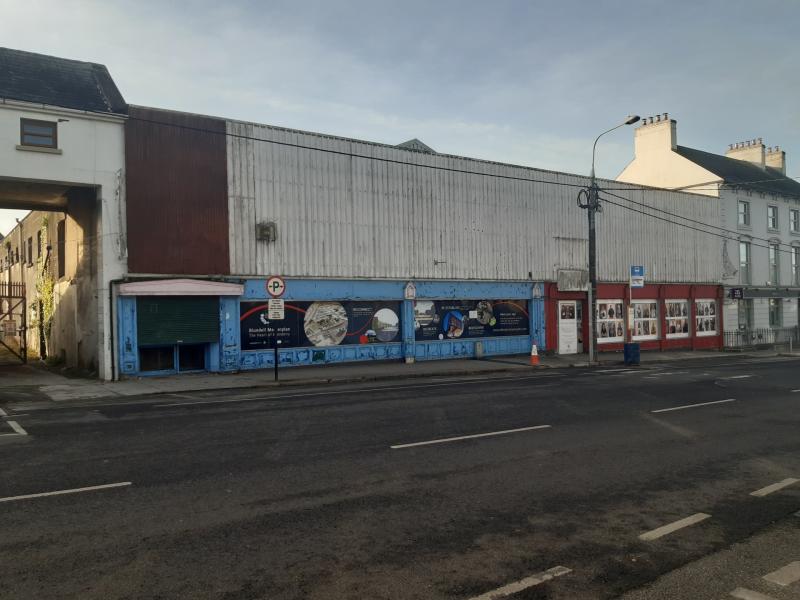 Offaly eyesore to be demolished after massive funding boost

A derelict eyesore in Offaly is set to be demolished after a massive funding boost.

Edenderry Fine Gael councillor Noel Cribbin has welcomed the news of over €2.6 million in funding for the demolition of the old Tesco site on JKL Street in the town and the design and consultancy services for a new library and arts performance area and land purchase.

Cllr Cribbin says he has "worked tirelessly over the last number of years to ensure that money was made available to allow the demolition of the building which had become an eyesore on the town’s main street, to make way for the development of much-needed amenities in Edenderry."

Commenting further on the update Cllr Cribbin said: "I am delighted that this has progressed to a stage where we will soon see activity on the ground around the old Tesco site. Like all such projects, it has taken time and hard work but the results will have benefits for every resident of Edenderry."

Outlining the actions he took to make this progress happen, Cllr Cribbin said: "My work on this project started with putting forward the proposal for Offaly County Council to purchase the Tesco site and move our library, following the approval of €1.8 million for our present library to be upgraded. I then contacted the owner of the Tesco site who now resides in the US, and he agreed to come home to negotiate the sale to the council.

"On joining Fine Gael in 2018, I sought support for this project and met with Minister Ring in government buildings – a meeting which resulted in €100,000 being made available to initiate a feasibility study and resulted in a company being hired to carry out a very successful survey. It was at this stage that the people of Edenderry came on board with over 200 giving their views and suggestions as to how the site might be developed.

"A second application by the Council was also successful and resulted in a €700,000 grant to build a new link road, which is now open, between Granary Court and Fairgreen to open up access to backlands, including the Tesco site, William Wallers Store and OPW lands (30 acres) as well as improving connectivity and permeability for Edenderry town.

"In total over €3.2 million has been allocated for this project to date which will be a major game changer for Edenderry resulting in a new library and performance area, a new link road and a site of 30 acres opened up for development."

Cllr Cribbin also expressed his gratitude to the many people who have supported the progression of the project to date.

"I wish to sincerely thank Declan Conlon, former Director of Services at Offaly County Council, Council CEO Anna Marie Delaney and Minister Ring for their full support and Olwen Cummins in forward planning for her great work in putting together the successful applications to draw down up to €3.2 million to date."

In relation to the next steps for the project, Cllr. Cribbin said: "The demolition company is on standby to commence the demolition and clearance of the site. It will be a bittersweet day for many people in the town who worked at the site in its various guises, not to mention the thousands who came from all over North Offaly, Kildare and Meath to shop there over the years.

"However, for the last 20 years the building has sat vacant and a daily reminder of the economic decline in the town. I am happy to say that is now behind us. It’s onwards and upwards for Edenderry with this positive news and the start of many new projects including the new inner relief road, the new €10 million Oakland’s college ready to go to planning and now the start of this project which will breathe new life into the town," a delighted Cllr Cribbin concluded.