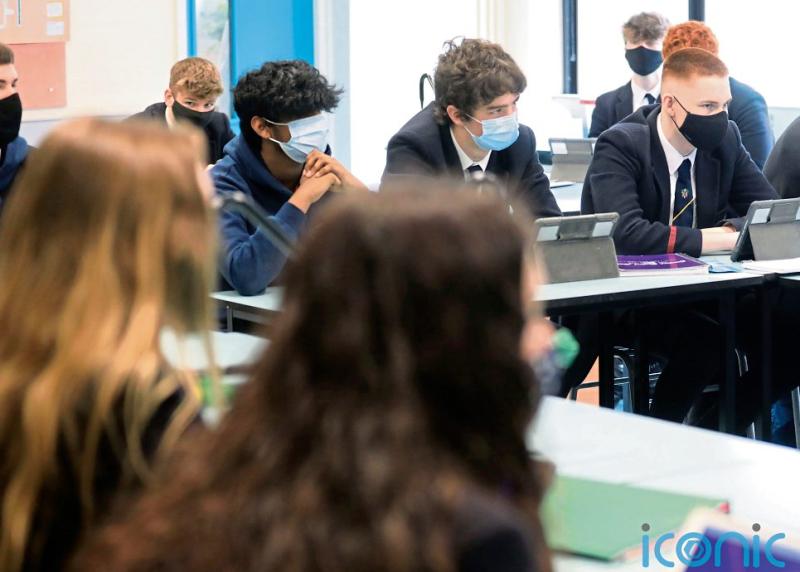 Schools, colleges and creches will reopen later this month despite record numbers of Covid-19 cases in Ireland, Eamon Ryan has said.

The Green Party leader said on Sunday that be expected schools to reopen as planned in the coming days, even as the Omicron variant continues to spread across the country.

Transport Minister Mr Ryan said there will be challenges, but the solution was not the widespread closure of schools.

“It’s important that schools do open on Thursday.

“Each school will have different circumstances. It’ll be more difficult probably, in primary than in secondary because it’s more difficult, particularly for a smaller school to get relief teachers,” he said.

Mr Ryan admitted that some schools may be forced to close due to staffing pressures.

However, he declined to speculate on whether a relaxation of close-contact rules may be allowed for teaching staff in the same way they have been applied to other key workers, such as healthcare staff.

“I think the application of that will evolve, but first and foremost, I think it is getting back to school, seeing what the level of people who are not able to be there, and adjusting accordingly,” he told RTE radio.

From Sunday, anyone aged 16 and over can have a Covid-19 booster jab.

People are being asked to book into a vaccination centre offering jabs to their age group.

Mr Ryan said that Government messaging on public health guidance has been clear, amid questions about whether advice from the chief medical officer Dr Tony Holohan on social gatherings over the festive period clashes with the official Government guidance.

“The messaging is clear,” Mr Ryan said. “The Irish people I think, regardless of what we were saying, recognised in their own selves, that we know that we need to be careful here.

“It’s the same thing happening across every country in the world. We knew it was coming and I think the Irish people by and large did adapt.”

Mr Ryan said that he had been in “regular contact” with health officials and the other party leaders in the coalition government during the festive period.

Earlier, Health Minister Stephen Donnelly said that the country begins 2022 in a “stronger position thanks to vaccines and effective new treatments”.

“Our case numbers are high and concerning, but good to see the rate of hospitalisations has fallen dramatically compared to this time last year,” he tweeted.

Mr Donnelly said that the Government had “invested a lot in building capacity”.

He said: “More ICU beds will open this year and I brought a proposal to Cabinet to increase overall critical care capacity to 446 beds. Our legacy deficit is being addressed and we are funding as many ICU beds as the HSE can open.”

Ireland has experienced record case numbers in recent days, sparked by the spread of the Omicron variant.

On Sunday, a further 17,071 cases of the virus were confirmed in Ireland.

There are 717 Covid-positive patients in hospital, of whom 87 are in intensive care.

HSE chief executive Paul Reid tweeted on Sunday: “Early days yet, but let’s all hope and plan that with the great efforts of the public, our testers and tracers, vaccination teams and all healthcare professionals will mean that at some stage we can all look back on Omicron.”

He added: “We’re not there yet but these actions will benefit.”

On RTE radio on Sunday afternoon, the HSE chief clinical officer Dr Colm Henry said the health service was working on a system that would allow people to upload the names of close contacts following a positive antigen test, as opposed to a PCR test.

He also said at least 3,800 HSE frontline staff are off work due to Covid-19, whether as a close contact or because they tested positive.

While he said there was some early evidence that the Omicron variant resulted in less severe illness, Mr Reid warned of a “kind of clinical conundrum” in the days and weeks ahead as more cases means many people will still end up in hospital.

“Certainly hospitals coming under pressure now, just by sheer force of numbers of the conversion of those greatly increased number of cases, albeit converting at a lower rate of hospitalisation,” he said.