Search is now on for 2021 Offaly Person of the Year 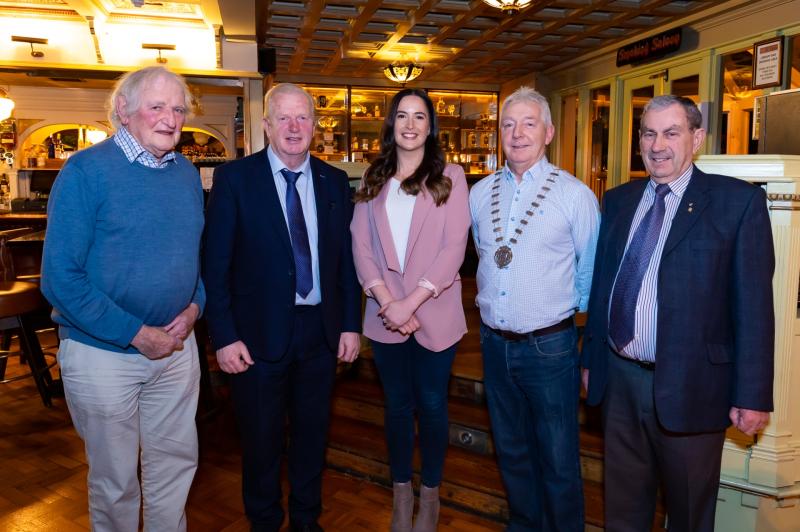 Both awards were launched at an informal event in the Library Bar of the Bridge House Hotel recently.

Speaking at the ceremony Jennifer Guinan, Chairperson of the Offaly Association (Dublin) extended a special welcome to the 2019 Person of the Year Brendan Martin and 2019 Unsung Hero of Offaly Pat Minnock who were both present.

"It is strange to say that it is two years since we last met to launch the award due to Covid which forced us to cancel the 2020 award.

"The Offaly Person of the Year award is a prestigious award awarded to an Offaly person who is nominated by the people of Offaly via nomination forms which appear in the local newspapers.

"I am calling on the people of Offaly to nominate who they think has played a a vital role in the county and in their community," said Ms Guinan who thanked Noel Tynan of The Celt Hotel Bar and Lounge, Talbot Street, Dublin for his lsponsorship of the award, the management and staff of the Bridge House Hotel for hosting the awards ceremony and the launch night.

Master of Cermonies Ger Scully said there were apologies from Cllr. Sean O'Brien, Offaly County Council CEO Anna Marie Delaney and Offaly Association Dublin stalwart Ann Carey who were unable to attend the launch. He went on to wish Ann and her husband Alan well, explaining that Alan is in ill health at the moment.

Cathaoirleach of Offaly County Council Cllr Declan Harvey thanked the committee for inviting him to the launch.

"The Offaly Person of the Year award is a very important award as it recognises people in the county who have achieved memorable things and they are nominated for the award by the people of the county.

"The Offaly Association has done many wonderful things for the people of Offaly living in Dublin since it was formed and continues to do so.

"The presentation was very special and successful and I want to thank Noel McCann and the staff of the Bridge House Hotel for making the night so special.

"The award was a wonderful honour which was bestowed on me."

The closing date for receipt of nominations for the 2021 Offaly Person of the Year is Friday, 28 January, 2022.

Nomination forms should be sent to Ger Scully, Convent View, Tullamore on or before that date.