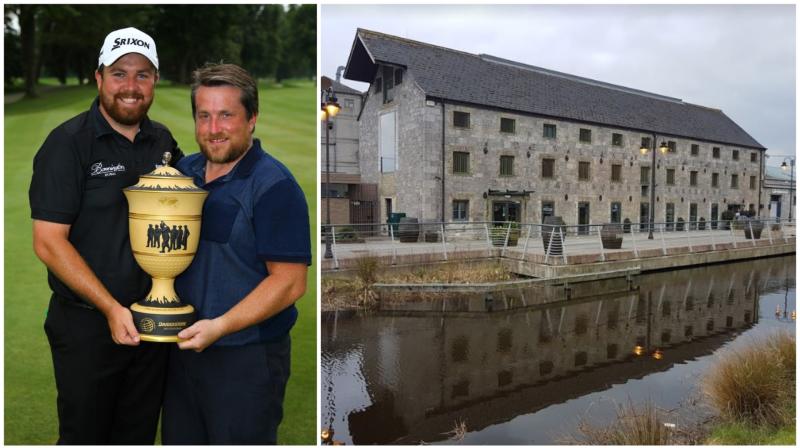 Shane Lowry is set to open a new bar and restaurant along with established pub proprietor and friend Alan Clancy.

William Grant & Sons has confirmed that the old Tullamore DEW visitor centre on Bury Quay in Tullamore town has been acquired by Emante Ltd, a partnership between top Offaly golfer Shane Lowry and Alan Clancy.

The takeover follows an extensive consultation and competitive bidding process to select an appropriate new owner for the historic building.

The new company will convert the landmark premises on the Grand Canal into a bar and restaurant.

Westmeath man Alan Clancy, a native of Clonmellon, is already the owner of hotels, bars, restaurants and nightclubs all over Ireland and it was in one of them, 37 Dawson Street in Dublin, that the first party immediately after Shane Lowry's 2019 Open win, took place.

Alan's other company NolaClan also runs the 16-bedroom hotel House on Leeson Street in Dublin, the Mexican restaurant Xico, two other House establishments in Limerick and Belfast, and the Oyster Tavern in Cork.

Closer to Offaly, NolaClan own Larry and Nora’s bar and restaurant in Navan, which is named after the Westmeath businessman's parents.

And in Portlaoise, Lilly's bar and restaurant, which opened in 2018, was headed up by Laois footballer Kieran Lillis with Dublin player Bernard Brogan and Alan Clancy also involved in its development.

Speaking about the new Emante Ltd venture and acquisition, Alan Clancy said; “We’re delighted to acquire The Old Bonded Warehouse. We look forward to doing our part to boost the local economy in the years ahead and will be sharing more plans about the building next year.”

David Moore, Tullamore D.E.W. Head of Marketing, said: “Built in 1879, The Old Bonded Warehouse is an integral part of the Tullamore D.E.W. brand history and, in recent years, has been a hugely popular destination in Tullamore for tourists and locals alike. We are pleased to work with Alan Clancy and Shane Lowry to ensure that it continues to be an important destination for the town of Tullamore.”

“To date, William Grant & Sons has invested over €100m in the state-of-the-art Tullamore Distillery, which employs over 90 people. The new Tullamore D.E.W. Visitor Experience, which will be located at the Distillery, is currently in development and we look forward to welcoming visitors from early 2022 onwards," he continued.

In a shock move in September last year, the company closed the visitor centre and said they planned to develop a new one at the Tullamore DEW distillery on the outskirts of the town.

The company said its ambition to showcase the distillery as the centre-piece of tours, as well as the impact of the coronavirus pandemic on the tourism industry, were the reasons for the closure. A liquor publican's on-licence for the distillery was granted at Tullamore Circuit Court on Tuesday.

Before Tullamore DEW located its visitor centre at the Bury Quay building, it housed a heritage centre focussing on the canal, the history of Tullamore and the local Irish Mist and Tullamore DEW story. A number of operators developed a healthy restaurant and bar trade there.

Gardai appeal for witnesses to armed robbery in Offaly 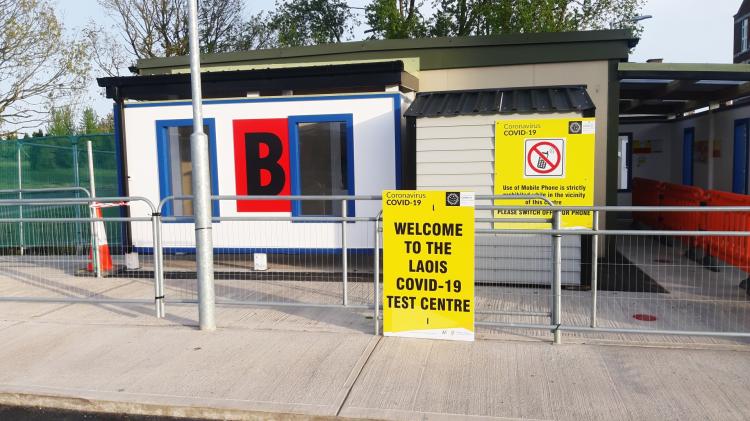