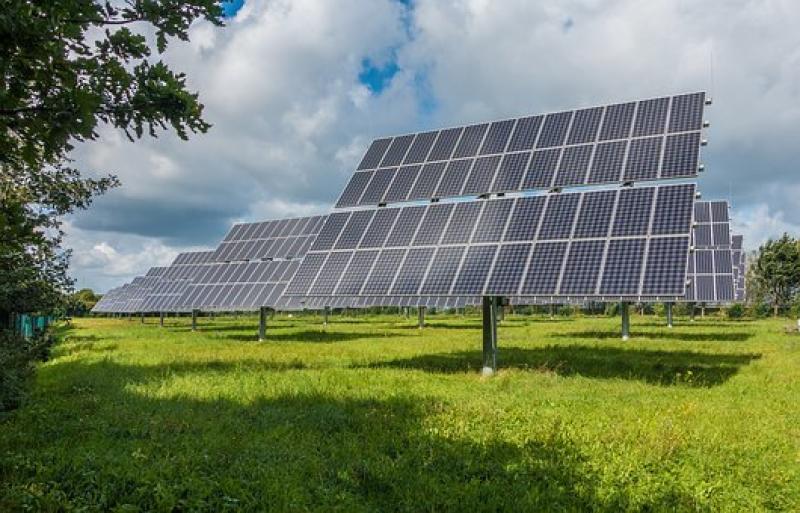 IT has been five years since Offaly County Council granted planning approval for a solar farm at Lehinch in Clara, however, since that time nothing has happened on the 14.99HA site, which according to the land owner David Connor is ‘’shovel ready.’’

At a time when there is such a strong emphasis on green energy and with daily reports coming from COP26 on strategies to tackle climate change, the delays are causing confusion and dismay. OBTON, the Danish company behind the proposed development, has expressed its total frustration with the hoops it has had to jump through, says David Connor.

According to Mr Connor, OBTON has received permission in principle to make a grid connection and has already put down a sizable deposit. He said the company believed it would be onsite during the summer months and the solar farm would be ready to go by now.

One of its directors has even gone so far as to contact the Danish Ambassador in Ireland in the hopes that he will make representations to the Irish government in order to speed things up, says Mr Connor. He said OBTON has €4m worth of solar panels in storage in Cavan which is costing them even more money and he fears they might pull out of the venture altogether.

A statement from the ESB will give little comfort to either Mr Connor or OBTON it reads:

‘’ESB Networks has informed the customer that this solar project is in the detailed design phase with an estimated energisation date of Q4 2022. Connecting solar infrastructure of this type requires associated works to the network, so the timeframe (from receipt of second stage payment) would be in line with connection of similar projects in other areas.’’

Minister Pippa Hackett said ''“I am aware of the difficulties faced by the particular farm in question and I have made representation to DECC in relation to the matter.

It must be noted, however, that this is an operational matter for Eirgrid and the ESB and certain issues, for example; reinforcing the grid, which requires planning consents, and increasing connection costs tied to a project’s complexity, scale and location, can delay projects progressing.

We need clean, green energy, and Offaly has been a leader in the creation of that green energy. I want to see that continue here as we make our transition away from burning fossil fuels for energy”

The Irish Solar Energy Association, which is located in Edenderry, claims that delays of 12-27 months in connecting new projects to the national electricity grid provided by State company Eirgrid and ESB Networks are shutting out potential extra supplies.

Conall Bolger, the lobby group’s chief executive, maintains that practically every renewable project struggles to connect to the grid.

“The costs are highly unpredictable, completely out of line with the rest of Europe and, worst of all, it takes far too long to deliver,” he said.

Mr Bolger said it should take six months from the point at which construction begins for a solar plant to begin generating power, but delays mean it takes more than twice that time.

.“But despite consistent cajoling from the industry nothing seems to speed up the two state agencies to play their part,” he claimed

In January 2020 OBTON announced details of its €300m investment in the Irish solar energy sector. Along with its Irish partner Shannon Energy, the company said it would develop up to 500 MW of solar PV projects in Ireland over the next five years. ‘’This represents an investment in the Irish economy of over €300m at today’s energy prices and will create over 1,000 jobs particularly during its construction phase,’’ a statement from the company said.