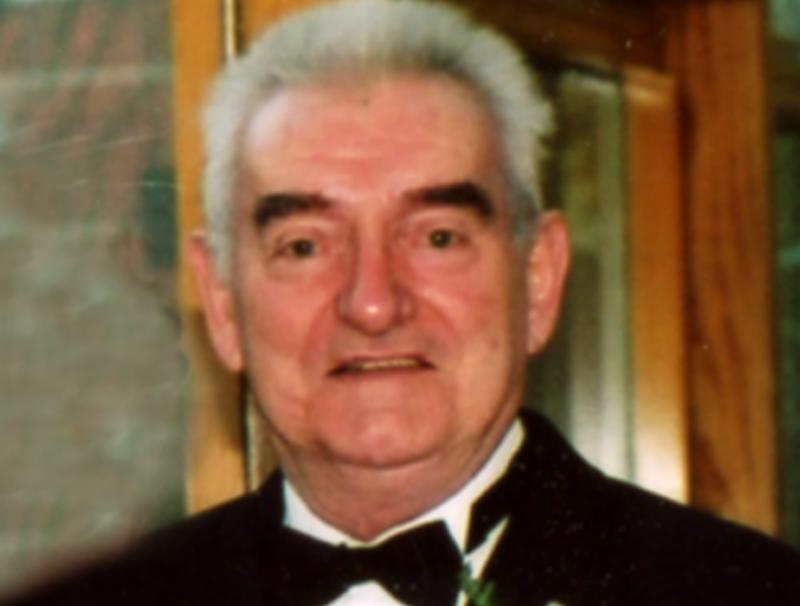 THE late Jimmy Houlihan was born in 1932 in Tullamore to parents John and Annie (nee Cassins). They had five children Jimmy being the youngest Jacky, Annie, Nora and Dermot.

Jimmy's family carried out a hackney business from their home at 15 Church St.

Jimmy's father had the first hackney service in Tullamore which Jimmy often did runs for. His mother had a music and bicycle shop in William St selling records and gramophones in the front part of the shop and bicycle repairs in the back.

When Jimmy was nine years old the family moved up to Cormac St and his mother kept boarders, some working in the council and some buliders that were working on the two schools, Scoil Mhuire and Scoil Bhride.

Jimmy met the love of his life in Coramc St. Maryann Lowry lived right across the road from him and they didn’t have far to go to dance as the dances were held in the Court House.

They got married in August 1959 and had four children Jim, Ann, Mary and Veronica. He loved taking them on holidays to Salthill.

Jimmys working life started early as he helped his father bring home the turf and would have to walk out the Church Rd to collect the pony. Jimmys first job was in De Williams taking the barrells from the boats. He then worked in English's Bakery and then he moved to Lumley's Bakery. He moved to a different department in Lumleys driving the vans and lorries making collections and deliveries progressing to van sales.

When he came home in the evenings he would do his accounts at the kitchen table and get the children to help him tot up the figures so helping them with their maths, something he carried on with his grandchildren. He liked doing crosswrords and word search to help with their spellings. He also loved to be involved in his grandchildren's lives and loved bringing them to school and other activeties such as art and dancing and always wanted to know how they were getting on in school.

Jimmy had many a great story to tell of his travels on the road the places he was the people he met such as getting caught out in the snow in the lorry overnight. The people who worked with Jimmy worked hard and often got called back from his holiday to do a run. He was well thought of by his employer and his work colleagues and took some of them under his wing and helped them and nobody ever knew.

Jimmy was a life long member of the Irish National Foresters and was proud to wear the sash in parades. He was an avid fisherman and loved a day on the lake making many friends from far and near some would come to visit him at his home before or after fishing and never left his house with an empty tummy.

Jimmy's passing has left a big hole in many lives none more so than his family Jim, Ann, Mary, Veronica Laura and Michael all his grandchildren and great grandchild.

Jimmy's months memory Mass is on Sunday 24th of October.