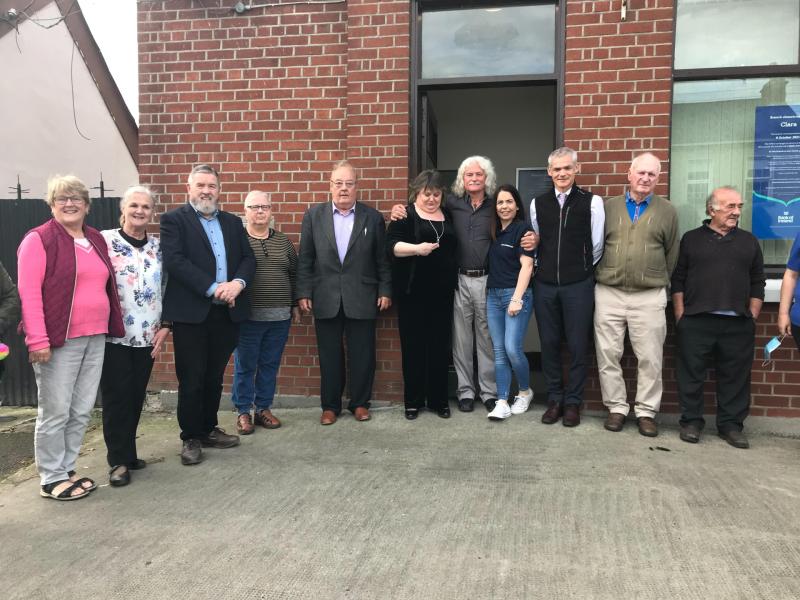 THE Bank of Ireland in Clara closed its doors for the final time last Friday October 8.

Fianna Fail Councillor Frank Moran described it as, "yet another blow to the town of Clara and in particular the people of Clara and surrounding areas who have made that bank what is was for decades".

He continued, "for Bank Of Ireland to leave the town without a 24hr bank machine is a kick in the face from the bank, however local shops have a facility to withdraw cash from their stores and the local Credit Union have recently launched a Debit Card whereby you can now open a current account with them and arrange all facilities provided by the bank within the Credit Union and the local Post Office have also taken on some of the facilities the bank provided.”

In relation to the actual Bank of Ireland building Cllr Moran stated, “I have spoken on this issue previously and the possibility of providing working hubs within the building post its closure and I think that would be a great advantage to have in the town whereby people or businesses could avail of a hot desk/hub to work from – that is one possibility and Offaly County Council could secure funding under the Town & Village Renewal Scheme for its purchase, however once negotiations start and hopefully progress will be forthcoming any potential use for the building will result in a public consultation process where the community can have their say.”

"I would like to take this opportunity to thank the staff of the BOI over the years for their excellent assistance shown to one and all and wish them every success in their future endeavours," concluded Cllr Moran.

Bernie Henry of the Clara Heritage group wrote: ''It is is sad to see the closure of the Bank of Ireland at Church Street Clara. An institution that has served Clara for many years, it will be missed by the people of Church Street and of Clara.
While the Credit Union and the Post Office will help to fill the gap in services to the town, the closure of any business is a great loss to Clara. Hopefully the new owner of the property will respect the heritage value of the property and will bring new life to Church Street.

The Clara Heritage Society would like to thank all those who worked at the Bank for many generations for their contribution to the town and wish the current staff best wishes in their new locations, where ever that might be.''