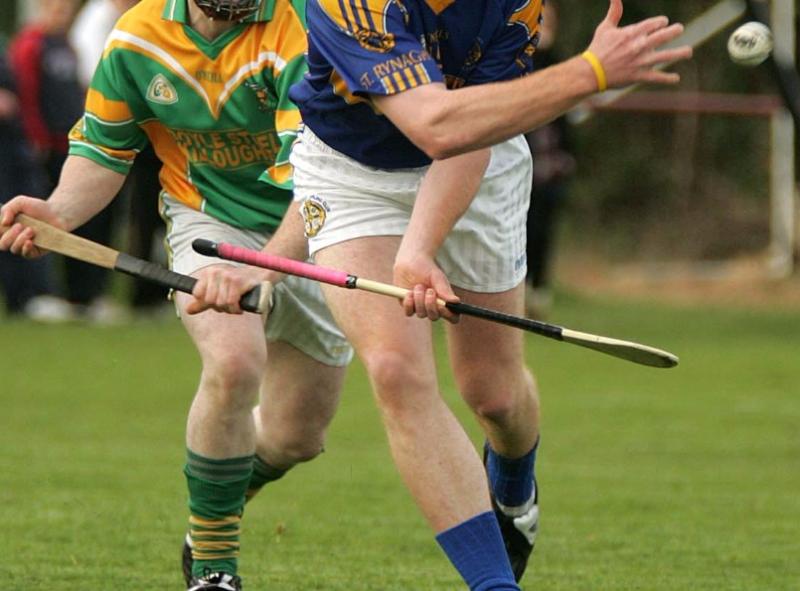 KILCORMAC-Killoughey continued their good form in the Senior Hurling Championship with a win over Shinrone in Banagher on Sunday afternoon.

Kilcormac-Killoughey 1-20
Shinrone 0-16It was far from the perfect performance and K-K have ample room to improve. They are not firing fully yet and it remains to be seen if they can improve much but it keeps them in pole position for one of the four semi-final berths and that is all they need at the moment.

Level at half time, 0-10 each, after playing against the wind, K-K duly got on top in the second half. A very honest and hard working Shinrone side stayed with them for a long time but in truth, a shock win never truly looked like materialising. Even when Shirnone trailed by only a point, 0-15 to 0-14 with five minutes left, you never really thought they were going to get there.

Over five minutes of injury time were played and K-K outscored the losers by 1-5 to 0-2 in this. The final scoreline of 1-20 to 0-16 was harsh on Shinrone and does not reflect the great effort they made and how competitive they were.

Yet K-K were fully deserving winners. Both sides will be disappointed at the volume of chances they missed but K-K have a strong side and 1-20 was good scoring.

Jordan Quinn, Enda Grogan and Damien Kilmartin laid a powerful foundation for them in defence while James Kilmartin worked very well in midfield. Conor Mahon was superb in their attack while Cillian Kiely was once again a dominant influence, even if he was a bit short of his very best.

With two defeats Shinrone now have their work cut out in the battle for the semi-finals. They are a decent side but they were short of the mark here. Darren O'Meara, Dan Doughan, Killian Sampson, Conor Doughan and their best player, Sean Cleary were among their players to impress here.

Shinrone played some very good hurling in the first half and had spells of real dominance. It made for engrossing viewing as both sides enjoyed spells in the driving seat.

It was full of swings and round abouts. Shinrone were 0-3 to 0-1 ahead after five minutes, K/K 0-5 to 0-3 in front a short few minutes later and then Shinrone played their best hurling. They got three points in a scintilating 1 minute spell from Killian Sampson (free), JP Cleary and the very lively Sean Cleary and then added two more to lead by 0-8 to 0-5 after 16 minutes.

K/K responded with two and then Cillian Kiely's free levelled it up just after the water break. The lead exchanged hands twice before Sean Cleary's free made it 0-10 each at the break. Shinrone needed to be ahead at the break as they had played with a strong wind but they missed too many chances – they had ten wides while K/K were also wasteful, registering five and many of these should have been scores.

It remained very tight in the second half and Shinrone dug in deep, working very hard. K/K got the first three points but just when it looked like Shinrone could be in bother, they got back on terms with the next three. A Cillian Kiely “65” made it 0-14 to 0-13 for K/K at the second half water break.

Shinrone fought hard after this and were still alive when trailing by 0-15 to 0-14 with five minutes left. K-K, however, took control when they needed to. They got four points up twice in injury time and Lochlann Kavanagh's 65th minute goal but it beyond reach as Shinrone ran out of steam.

Enda Grogan (Kilcomac-Killoughey): Enda Grogan had a great game in the K-K defence. His fitness has improved and this showed in an excellent defensive display. He was tight, he read the game well and his clearances generally found their man. Conor Mahon also had a great influence for the winners, firing over five minutes from play.

Conor Mahon's point just in second half injury time put K-K four in front and gave them a bit of breathing space.

Referee Richie Fitzsimons must have feared the worse when he had to yellow card Cillian Kiely before the throw in after an off ball clash that left Declan Cleary needing treatment on the ground. He had a busy afternoon as there was a niggle there for the most part but in fairness to both sides, they kept it country and Fitzsimons refereed it well, dishing out cards when needed and speaking to players.

K-K's form remains a bit of an enigma. They are live contenders and will be difficult to beat but they are still not firing on all cylinders and the jury remains out on them.

The Banagher pitch was in great condition and as usual St Rynagh's were top class hosts, with plenty of stewards. They also provided a couple of neutral officials when the referee Richie Fitzsimons needed them.