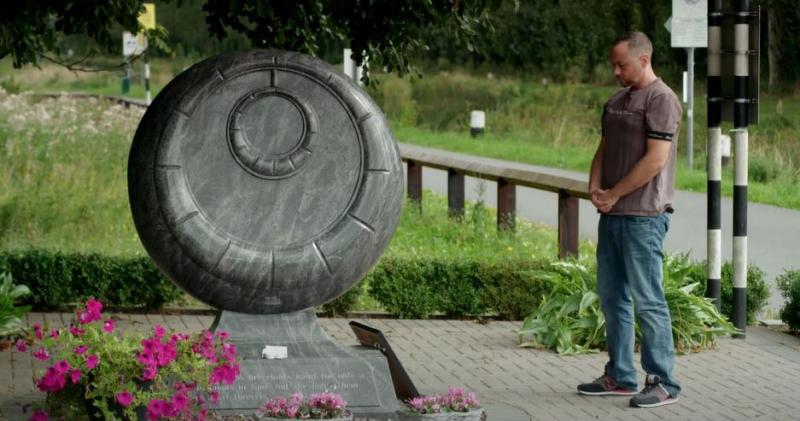 THE brother of missing Tullamore woman Fiona Pender issued an emotional appeal for information on her disappearance in a Crimecall special aired on RTE 1 on Monday night.

John Pender, who was just 13 when the 25-year-old from Connolly Park was last seen in August 1996, was joined by gardai and local hairdresser Mary Brennan in making fresh calls for evidence which could provide a breakthrough in the case.

In an interview recorded at the Grand Canal, just yards from the Pender family home, John Pender recalled August 22, 1996.

“The last time we seen her, myself and Mam had left her off at her flat. We were after doing some shopping for baby clothes,” he said.

“To be honest I was quite innocent, 13 when Fiona went missing. It was a shock to the system, a shock to the whole house. Fiona was a really fun sister to have looking back.

“I've nothing but good memories of childhood with her. She was bright and bubbly and she always had a bit of a smile on her face. She had a lot of love in her.”

Fiona, who was seven months pregnant, went missing the next day and gardai are treating her disappearance as a murder case.

“It certainly took its toll on the family and the most heartbreaking thing was seeing the stress it caused in the house, seeing how it aged my dad, it affected him terribly,” said John.

“I honestly feel that Dad died of a broken heart. He took his own life. He could not deal with the loss of his kids, but especially Fiona.

“As regards my mam, she stuck to her faith and she had good support from friends and family and that got her through.”

Fiona's older brother Mark died in a road traffic collision in 1994, her father Sean passed away in 2000 and her mother died in 2017.

John Pender was recorded at the sculpture on the Grand Canal bank which marks the beginning of Fiona's Way, the walk along the waterway named in memory of her.

“We have a monument for her and very happy to have it. It's a great place to pay respects to her and it's the next best thing we have to a graveside for her.”

Reflecting on 25 years of investigation by the gardai and many other appeals for information, John remarked: “Unfortunately we're no farther on in that case. We still need people's help.”

He made another appeal: “To the people out there, I have to ask if there's any information which they think might be useful to make contact with someone that they trust and let them pass it on.”

Fiona Pender was a popular hairdresser and Mary Brennan from Tommy Clarke's salon recalled when she took a phone call and was told of the young woman's disappearance.

She described her reaction as: “That couldn't be. The only place Fiona could be gone missing is gone to hospital to have her baby or something. I didn't think it was real.”

She added: “It was heartbreaking for Josephine because she suffered heartbreak the year before losing her son Mark, her oldest boy and then one year later Fiona went missing.”

She remembered everyone asking “What could have happened? Fiona was gone, without a trace.”

“Somebody out there knows something, so please, please come forward. It would mean so much to Fiona's family, to John, to the town, to everybody.”

The Fiona Pender appeal was included in the first episode of a new season of Crimecall and the broadcast also included a reenactment of some of Fiona's last movements by an actress and an assessment of the ongoing case by Gearoid Keegan from the Tullamore Tribune.

There was archive footage of Sean Pender who told RTE: “We keep hoping that she's out there and she's ok.”

Inspector Brian Farrell, Portlaoise, was interviewed live in studio by presenter Sharon Ní Bheoláin and he said the investigation is very much alive, even after 25 years.

“She'll never be forgotten, not by her family, not by the people of Tullamore, not by the gardai. It's a very emotive case.”

Inspector Farrell spoke about the impact on the family. “It's been a very difficult time. Fiona's brother Mark predeceased her by a year, her father Sean died in 2000 without every finding Fiona's body, her mother Josephine fought for her for years, fought for justice for Fiona. Unfortunately Josephine passed away in 2017 also without a resolution for Fiona.”

The gardai inspector said the key to unlocking the mystery was local to Tullamore and the wider area.

“This is an ongoing investigation. At the very start, numerous areas, bogs, lakes, canals were searched. And as information came in over the years intensive searches were put in place but unfortunately no trace of Fiona was ever found.

“Maybe something has changed in the meantime and they would feel comfortable sharing that information with us now. It'd be dealt with in the most sensitive manner. We would appeal to people, any bit of information that they have and they feel would be important to this... It's never too late.”

Sharon Ní Bheoláin put it to him that the family had hoped Fiona's remains would be recovered so she could be given a Christian burial and he replied: “I think that's all that John wants at this stage.”