Birr make it two wins from two with comfortable victory 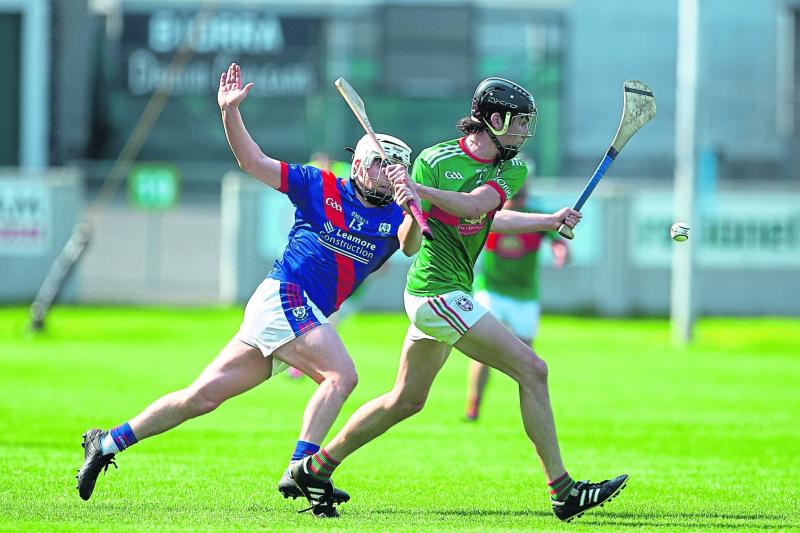 Birr as they cruised to an impressive nine-point victory over Seir Kieran in the Molloy Environmental Offaly Senior Hurling Championship.

Despite what the scoreboard may suggest, this was all one way traffic with Birr in complete control throughout. Eoghan Cahill led the Birr charge with a remarkable 16 points, with Brendan Murphy, Oisin Murphy, Jimmy Irwin and veteran goalkeeper Brian Mullins all exceptional for the winners as they led from start to finish in a feisty contest.

Seir Kieran will rue three goal chances in the first quarter, and had they gone in, it may have been a different story, but Birr were in a ruthless mood as they cut the Seir Kieran defence open time and time again, running out comfortable winners in the end.

Seir Kieran did have a goal chance right at the start when a loose ball fell in around the Birr goal, but Brian Mullins did excellently to keep it out.

Eoghan Cahill opened the day’s scoring with a brilliantly taken point from a tight angle and he added to his tally from three placed balls. Seir Kieran eventually got off the mark thanks to a long-range Kevin Dunne point which sailed over.

It was a fiery opening quarter and a 10-minute flash point involving most of the players on the field with Joe Bergin, Oisin Murphy and Luke Carey all receiving yellow cards after some hard-hitting shoulders.

The first quarter was an Eoghan Cahill show as the indiscipline of Seir Kieran allowing him to slot over frees at relative ease.

A point from Sean Coughlan just before the water break for Seir Kieran did reduce the gap to five at the break with Seir Kieran rueing three missed goal opportunities, all of which were saved by Mullins in the Birr goal.

Cahill continued his impressive form upon the resumption of play with a well taken point from under the stand, and Colm Mulrooney stretched their lead to seven.

Joe Bergin responded with a free but the closing exchanges of the first half were all Birr as they began to dominate in all sectors with points from Cahill, Eoin Pilkington, Brendan Murphy and Rory Carty giving Birr a healthy nine-point lead at the half time break.

Seir Kieran needed to start the second half well to be in with a chance, but it was the Birr men who came racing out of the blocks once again. Brendan Murphy pointed almost immediately after the throw in and two points from Cahill, one from a free and one from long range increased their lead.

James Mulrooney did raise the white flag for Seir Kieran but points from Murphy and Morgan Watkins restored the Birr lead.

Seir Kieran were handed a lifeline when Brian Watkins pulled James Mulrooney to the ground inside the small rectangle. Eanna Murphy stood over the penalty but Brian Mullins got down superbly to save the penalty. Despite the missed penalty, Seir Kieran did manage three on the bounce with Bergin, Mulrooney and Shane Ryan all splitting the posts but two frees from Cahill before the second water break left it a 13-point game at the break of play.

With the game effectively over, and Birr in complete control, the final quarter was all about keeping the scoreboard ticking over for the Birr men, and they did so accordingly with Cahill, Murphy and a fine Luke Nolan point all increasing Birr’s lead and indeed their dominance.

Seir Kieran did rally late on and Bergin pointed three frees before Barry Kealey rattled the net in the 63rd minute. The late rally added some respect to the scoreboard, but a comeback never looked on as Birr held on comfortably to secure another two points.