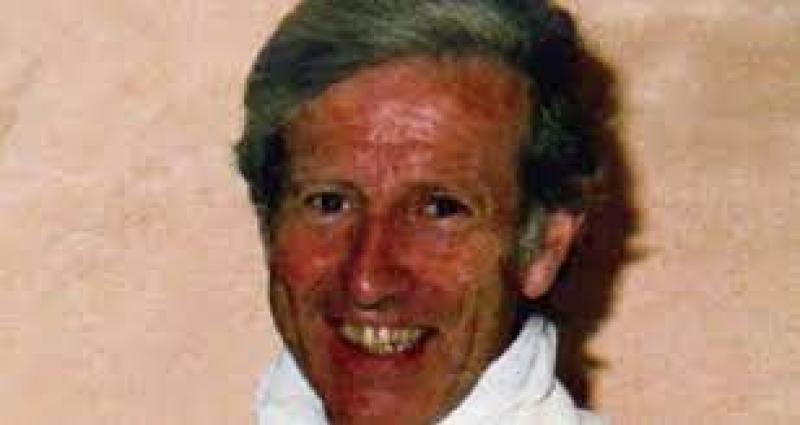 THE first of a two part documentary into the killing of Fr Niall Molloy in Clara in 1985 was aired on RTE last Monday evening.

Even after 36 years, when the story has been told again and again, it still has the power to disturb and dismay.

Last Monday’s documentary revealed nothing new by way of evidence, but listening to the facts of the case, the way the investigation was handled, and the scandal of the court case, most people could be forgiven for being angry at the judicial system and upset for the family of Fr Molloy who have never received any type of justice.

As Fr Molloy’s nephew Ian Maher said in the documentary ‘’“I’m shocked and abhorred, as a nephew but also as an Irishman, that our system of justice can work in such a manner.”

Fr Molloy was found badly beaten in the bedroom of wealthy couple Richard and Theresa Flynn at Kilcoursey House in Clara.

Originally from Roscommon he developed a friendship with Theresa Flynn through show jumping circles and became a regular visitor to Clara.They had a joint bank account.

On July 7, Fr Molly went to the after party of the wedding of Flynn's eldest daughter Maureen to Ralph Parkes. He didn't officiate at the wedding as his first responsibility was to his parish of Castlecoote.

Fr Molly arrived at Kilcoursey House at around 7pm and stayed for a number of hours before returning to Castlecoote to celebrate Mass. He went back to Kilcoursey on Sunday afternoon to attend a lunch hosted by the Flynn family.

Evidence shows that Fr Molly along with Teresa and Richard Flynn later travelled for drinks to Douglas Goodbody's house at Cork hill in Clara, leaving at 9.15pm. On their return Theresa is said to have taken a sleeping tablet and retired to bed leaving Fr Molly and Richard Flynn chatting downstairs.

Theresa Flynn said she awoke to find Fr Niall Molly sitting at the end of the bed and Richard in bed beside her. According to Richard Flynn,Theresa asked him to go back down to get a drink but he refused. Richard Flynn said Theresa and Fr Niall then got up and attacked him and he defended himself and in doing so hit Theresa knocking her unconscious. Fr Niall was also hit but he got back up again.

Richard Flynn said he hit him again this time knocking him unconscious. When he realised they were both unconscious he splashed water on them. Theresa recovered but Fr Niall didn't.

Richard Flynn rang Fr Deignan who was the parish priest at the time to administer the last rites.

When Dr Dan O'Sullivan arrived at the house he said Fr Niall was dead.

Theresa Flynn became hysterical and was given a sedative and according to the documentary was driven to Tullamore hospital by Dr O'Sullivan.

Fr Deignan went to the gardai and woke up Garda Sgt Kevin Forde asking him if there was any way he could keep it quiet. Speaking in the documentary Sgt Forde said he told the priest it would have to be investigated.

When Sgt Forde came to the house he found Fr Niall lying close to the door and a long streak of blood between the bed and his body. He said there was froth coming from his month. He said that straight away Richard Flynn admitted he was responsible. ‘’It was too pat,’’ said Sgt Forde.

Sgt Forde also found the story about a row over drinks to be ‘’ridiculous.’’ He said he couldn’t corroborate the story as Therese Flynn was at Tullamore hospital. He said a garda technical team and investigation crew then arrived and they took over.

Richard Flynn was charged with the assault and manslaughter of Fr Molloy. The trial that followed lasted just four hours before Judge Frank Roe directed the jury to return a verdict of not guilty.

This came after the state pathologist Dr John Harbison revealed that Fr Molloy had a heart condition. The prosecution asked Mr Harbison if this could have been the cause of Fr Molloy's death to which he said it could have but it wasn't his opinion and it didn’t account for the injuries to his head.

However, the case was dropped including that of assault and Richard Flynn was allowed to walk free from court.

The investigation by the gardai led Fr Molloy's nephew Henry McCourt to lodge a complaint with GSOC [Garda Siochana Ombudsman Commission]. However, GSOC concluded that it was prohibited from investigating as the gardai involved had since retired.

The documentary featured interviews with a number of friends of Fr Molloy from Roscommon where he was extremely popular.

Close friend Johnny Gallagher revealed, that in the days leading up to his death Fr Molloy had told him he wasn’t looking forward to the coming weekend. When he asked him if he was alright, he said it was a private matter. He then said he was thinking of retiring and he just wanted to be his own person.

It's speculated that money was the real cause of Fr Molloy's death as he may have given a substantial loan to the Flynn's and the row that ensued was about that money.

Also interviewed was Brian Sheridan from Clara who said he was Richard Flynn's nearest neighbour but he said it was 30 years before he was interviewed.

Nephew Bill Maher visits the grave of Fr Molloy every year. ‘’It’s a sad journey’’ he said. ‘’ He has instigated a Justice for Niall campaign. ‘’I’m getting old, I don’t know how much longer I can keep doing it, but it has to be done. He was left to die, no one did anything. What sort of animals are they?’’ he asked.

At the end of the documentary viewers saw the son of Richard Flynn being interviewed outside the court. When asked if it had been a difficult time for his family, he replied it was very difficult particularly ‘’when one knows certain answers but isn’t in a position to comment. It makes it very difficult to live with.’’

The second part of the documentary will be aired next Monday on RTE.