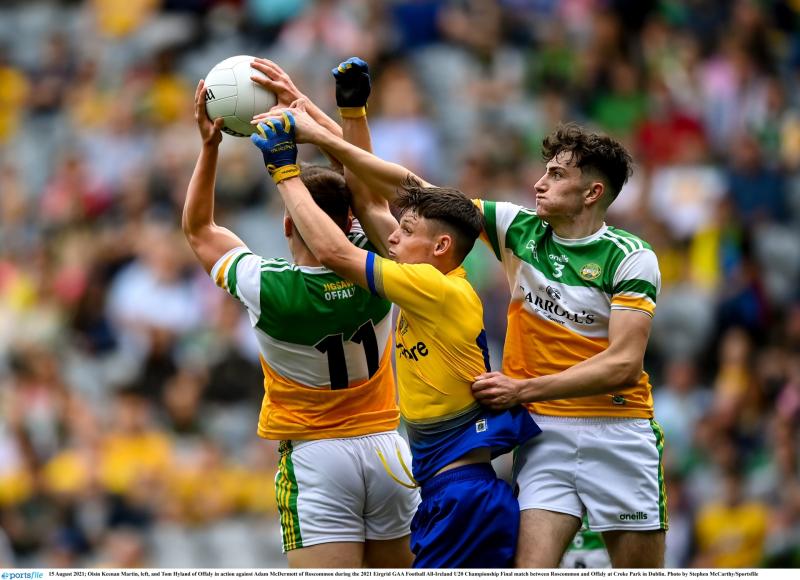 Offaly have won the All-Ireland U-20 Football Final in Croke Park this afternoon on a scoreline of 1-14 to 1-11.

Offaly led by seven points late in the game but Roscommon staged a late fightback. Thankfully for Offaly, it fell short as the Faithful County held on to win.

Offaly were 0-7 to 0-5 ahead at the break but while they were the better team, Roscommon looked dangerous at times with Offaly goalkeeper Sean O'Toole making one amazing point blank save to keep his side ahead.

It was nip an tuck at the start of the second-half but Offaly began to pull away and a goal from Jack Bryant with ten minutes to go put Offaly seven points clear.

However Roscommon surged back at the end and a goal from Adam McDermott set up a nervous last five minutes but Offaly held on with O'Toole making another late save to claim the All-Ireland title.