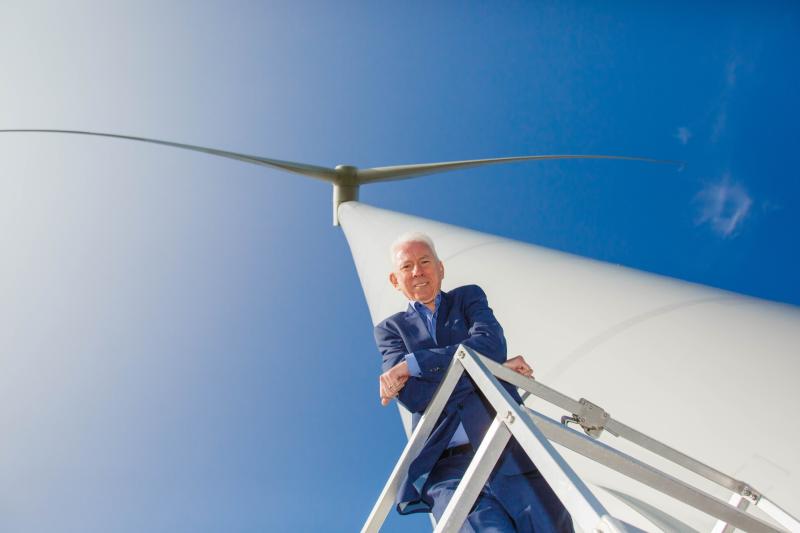 THERE has been a mixed reaction locally to the sudden and unexpected jobs announcement by Bord na Móna and the Taoiseach recently.

Short notice was given that the Taoiseach was going to announce new jobs and the announcement would happen at Cloncree Wind Farm.

Micheál Martin was joined by Minister Eamon Ryan, and Tom Donnellan, Chief Executive, Bord na Móna at the company’s Cloncreen Wind Farm to announce details of over 1400 jobs being created by the company, mainly in the Midlands region.

Tom Donnellan said Bord na Móna is now delivering key aspects of national climate action policy and has already created over 550 jobs over the past 18 months as it develops renewable energy, recycling infrastructure and Carbon Storage through peatland rehabilitation.

The Taoiseach said the company's plans will involve the creation of an additional 885 jobs in the coming 4-5 years through further expansion of its climate solutions businesses, partnerships with third parties and the construction of a significant portion of Ireland’s renewable energy infrastructure.

Bord na Móna says that direct employment within the company will return to pre-transition (2018) levels within the next five years.

Mr Donnellan added that at the end of 2020, the Peatland Climate Action Scheme was launched.

“The scheme is the largest ever peatland rehabilitation programme in Ireland and will secure a store of over 100m tonnes of carbon in perpetuity, cut emissions, and capture millions of tonnes more in the coming years.”

There was a mixed reaction to the Cloncree announcement.

Deputy Carol Nolan said the claim by Bord na Mona that it will create 885 jobs in the midlands over the next five years has been greeted with 'a large degree of scepticism and outright disbelief' in communities right across the constituency.

"The unfortunate reality is this; very many people in Offaly, Laois and the wider Midlands region have lost faith in Bord na Mona. They simply do not believe that the company is genuinely out to protect their interests.

"The announcement by Mr Donnellan and the gloss put on it by Taoiseach Martin and Minister Ryan will have done absolutely nothing to diminish that plain fact.”

"Bord na Móna is behaving merely like a profit-generating company with no regard for the communities of Offaly who have been hugely adversely affected by this so-called Just Transition,” he stated.

Cllr Moran formally requested the Chief Executive of Offaly County Council Anna Marie Delaney to ask the CEO of the company Tom Donnellan to meet with the County Councillors and discuss the situation.

Cllr Seán O'Brien said he takes statements from the company 'with a pinch of salt'.

Cllr Noel Cribbin said he understands the councillors' scepticism but he is inclined to take the Cloncreen announcement at its face value and as being a positive thing.

“I was disappointed though that the Cloncreen announcement was so last minute and that only the Cathaoirleach and Chief Executive of the Council were in attendance. We councillors should be treated with more respect than that.”