Decision to cancel Confirmations and Communions criticised by Bishop 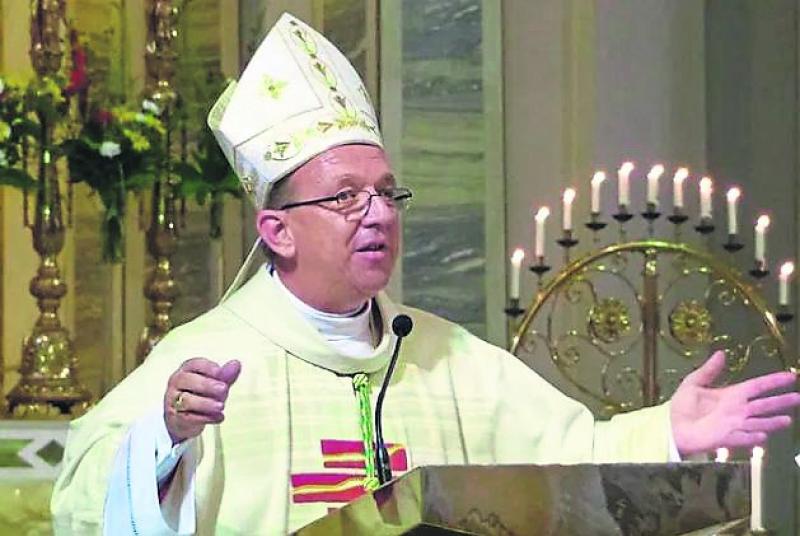 Decision to cancel Confirmations and Communions criticised by Bishop

THE Bishop of Meath Tom Deenihan has robustly criticised the Government for its decision to cancel Confirmations and First Holy Communions.

In a strongly worded statement Bishop Deenihan says the move has caused great confusion and disappointment among parents and children.

In his statement he says: ''The decision was, according to the Tanaiste, based on the recommendation of NPHET. However, the newspapers report that Dr. Tony Houlihan informed members of Dail Eireann yesterday that he never requested that Confirmations and First Holy Communions be postponed. That has added to the sense of confusion and anger amongst callers to the Diocesan Office.

"This decision by Government is a source of much disappointment to the young people who have been preparing for and looking forward to the various ceremonies. It is a source of disappointment to their parents, teachers and clergy too who have been involved in preparing them for an important moment in their faith. The proximity of the cancellation to the actual ceremony, which was based on previous Government advice, means that parents have days off planned and other expenses have been incurred.

"It is of some surprise that while Government officials have indicated that churches are safe, their concern is what happens afterwards in relation to domestic and other settings. I am confident that, at this juncture, parents know what is safe, will not want to put their families at risk and should be trusted in relation to what happens in their own home.

"The Church is in a difficult position in this regard. While there is a temptation to ignore Government on religious worship and the celebration of the sacraments, and many have encouraged such a course of action, that would cause concern to some parents too and would politicise the Sacraments, something which, I believe, should be avoided at all costs.

"Once again, despite having a schedule devised for Confirmation in the Diocese, I find myself in the troubling and regrettable position of having to cancel.

"This is a political decision that was made without consultation with Church authorities. I remain troubled that any Government or Government minister can cancel the celebration of religious worship or the Sacraments while, crucially, saying at the same time that what happens within a church is safe. This goes to the heart of freedom of worship.

"All religious authorities have worked hard to ensure that whatever happens in places of worship is safe. The parishes of this diocese, through the voluntary work of parishioners, have responded generously, courageously and at some cost to ensure that all ceremonies are conducted in accordance with safety measures for the protection of public health.

"This is the right, necessary and prudent thing to do. It is unreasonable to ban Sacraments for everyone on the basis of what might happen in some cases afterwards. Such measures have not been applied across any other sector of society. Other places have either been closed or can open based on what happens within those places. The Church seeks no more and no less.

"Many people have been contacting this office and the various parishes expressing concern and seeking information. In the light of Dr. Houlihan’s clarification, I would suggest that such calls are directed towards the politicians who made this decision. In the meantime, be assured that the important Sacraments of First Holy Communion and Confirmation will be celebrated as soon as possible in the Diocese. The celebration of Baptism will proceed in this diocese subject to the pastoral judgement of the local clergy, minimum numbers and public health precautions.''