Offaly to have another Olympian in Tokyo

Three Offaly men for the Olympics, one Offaly woman for the Paralympics 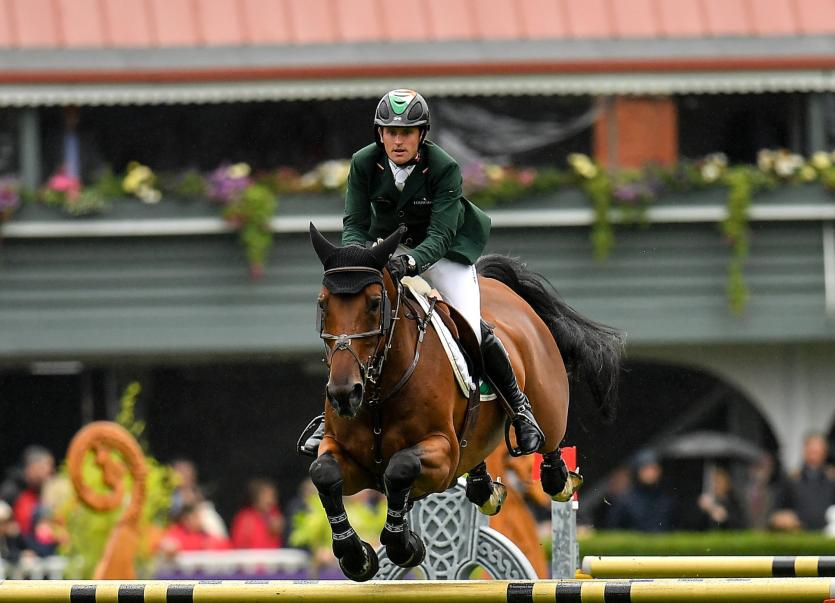 Kenny will be in the Olympics along with golfer Shane Lowry and rugby player Jordan Conroy. Clara man Lowry will compete in the Olympics golf tournament along with Rory McIlroy while Tullamore man Conroy is part of the Irish rugby sevens squad who qualified recently with a sensational victory in the final qualifying tournament.

Kenny continued his excellent form when him and Nayel Nassar propelled Paris Panthers to a great win in the Longines Global Champions Tour event in Monte Carlo today. It was their first victory of the season and Kenny said afterwards: “Both Nayel and I have very, very talented horses and they were jumping great so there was no need to change anything. Paris Panthers used the same horses in both rounds with Kenny on Idalville d'Esprit and they were the only team to have a clean sheet in the second round today.

In Barcelona recently, the team of Peter Moloney, Paul O’Shea, Darragh Kenny and Cian O’Connor had just one time fault as they won to book their place in Tokyo, Kenny was on Ann Thompson's Balou du Reventon  and he had a clear round.

Kenny said afterwards:
“I knew going in the ring that it was a very, very important round for us and I knew we had a great chance of getting the ticket done with that round so I was a bit nervous going in the ring but I am very lucky that I have an incredible horse, he is absolutely amazing. He tries so hard all the time. On Thursday he jumped amazing and today I was just trying to make sure that I left all the jumps up.”