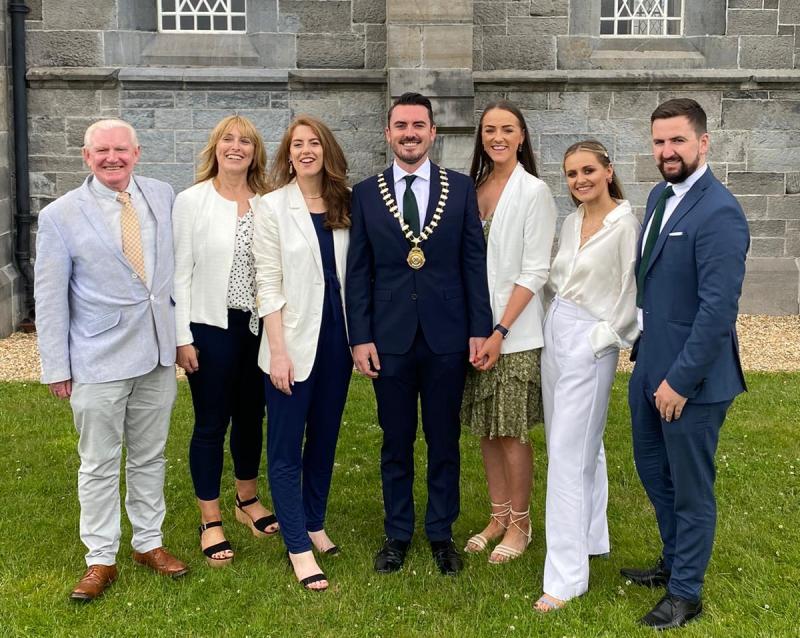 Cllr Naosie O'Cearúil, who was first elected in 2014, is a member of the Fianna Fail party and he was unanimously elected to the job, which is rotated annually, last week.

He grew up in Maynooth  where he became involved in Ogra Fianna Fail and was Vice President Of Maynooth University Students Union.

His mother Geraldine Carty is from Walsh Island and his father Colm O'Cearúil is from the Arden Road in Tullamore.

Naoise is also related to former Offaly County Councillor Sinead Dooley through his grandmother Ann Carty. Ann moved  from Walsh Island to Chapel Street in Tullamore  and can often been seen as a Eucharist Minister in the church. Naoise is looking forward to seeing his grandmother again once he is vaccinated.