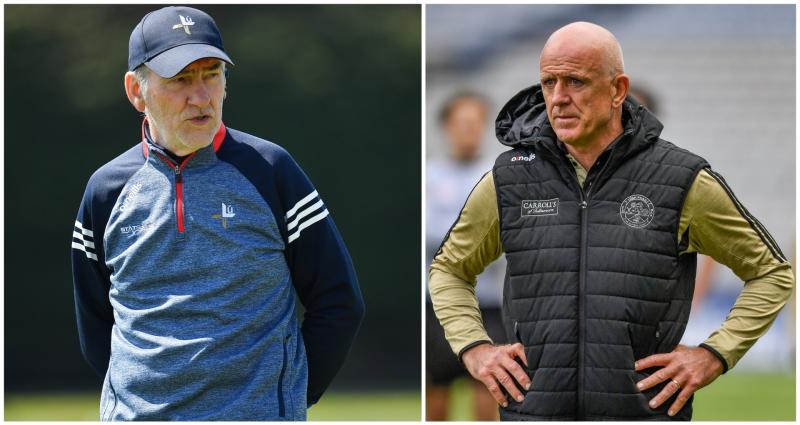 Ahead of the return of championship football when Offaly take on Louth in Navan (Throw-in 1:30pm, Sunday, June 27), Mickey Harte has been speaking about the challenge posed to his men by John Maughan's charges.

Offaly will take to the field just eight days after playing Derry in a Division 3 final while Louth will have had two full weeks to recover and prepare for the Faithful. Offaly manager Maughan has said he has no regrets after pushing to play that league final despite already having secured promotion to Divison 2. Forward Anton Sullivan also said it was the right decision to get the game under players' belts before the Championship.

Louth too are in jubilant mood after securing promotion from Division 4 back to Division 3 at the first time of asking. Mickey Harte was quick to point out the progress of Offaly to the Dundalk Democrat in recent days as preparations continue in both counties for the game. The winner will take on Kildare in a Leinster quarter-final.

It hasn’t been plain sailing, a loss on the opening day of the National League putting a spanner in the
works before they regrouped with wins over Leitrim, Sligo and Carlow to book their spot in Division
Three for 2021.

Former Tyrone boss Harte was particularly taken aback by Offaly's performance against Fermanagh in the promotion play-off game, a side he knows well from his time managing in Ulster.

“You don’t win all your games without building a good spirit in your team, they’ve done that. They won their three round games before winning the semi-final, I know Fermanagh from a number of years playing them and they are not easily beaten," he remarked.

“We [Tyrone at the time] played Fermanagh in the year we played Division Two a few years back and we didn’t lose any games but Fermanagh managed to draw with us in the midst of all that so they are a formidable side, and I would take note of the fact it was them Offaly beat in the Semi-finals.

"John Maughan has brought a good spirit to the team, they are a work in progress too but they are at it a few years longer than us so it will really be a big challenge to defeat them.”

Offaly will have the unwanted favourites tag on Sunday but Mickey Harte isn't too fussed about opinions of bookies.

“These tags or labels that people give, they are always somebody else’s opinion, I don’t pay too much attention to them. I suppose the bookmakers and the people who access these things would definitely make Offaly the favourites, there’d be no reason why they wouldn’t.”

“If we are considered underdogs, it doesn’t really matter as it won’t win the game for us, it is what we do on the day, how we play and how we perform, we’ll perform to the best of our ability which gives us a real fighting chance of getting a result.”