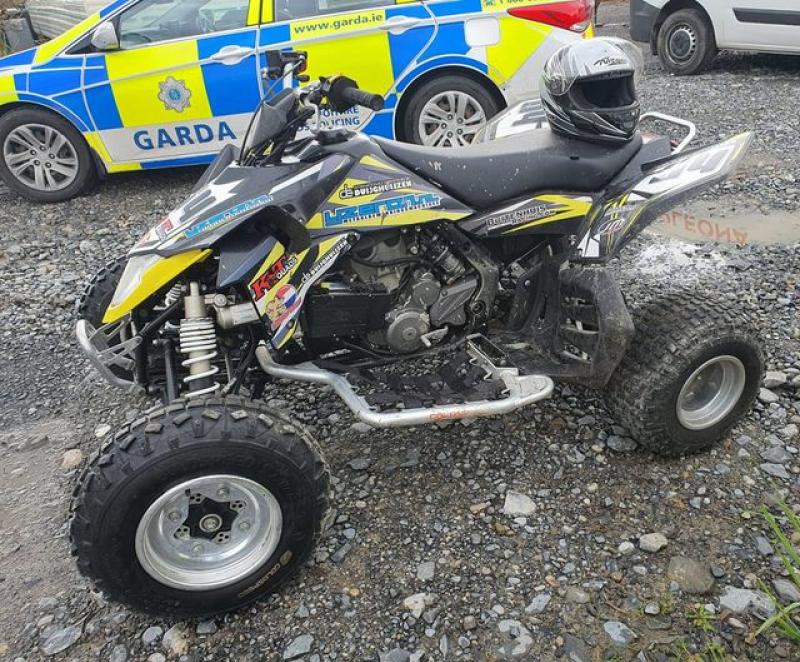 Gardai in Offaly have issued a warning after seizing a quad bike in the county.

Gardai say that quads if used on a public road, which include a footpath, are subject to all of the regulatory controls that apply to other mechanically propelled vehicles. They must be roadworthy, registered, taxed and comply with standard road regulations, while the driver should possess the relevant driving licence.

On Sunday, Offaly Roads Policing Unit seized this quad the driver of which was eventually brought to a halt. Seized under section 41 Road Traffic Act.