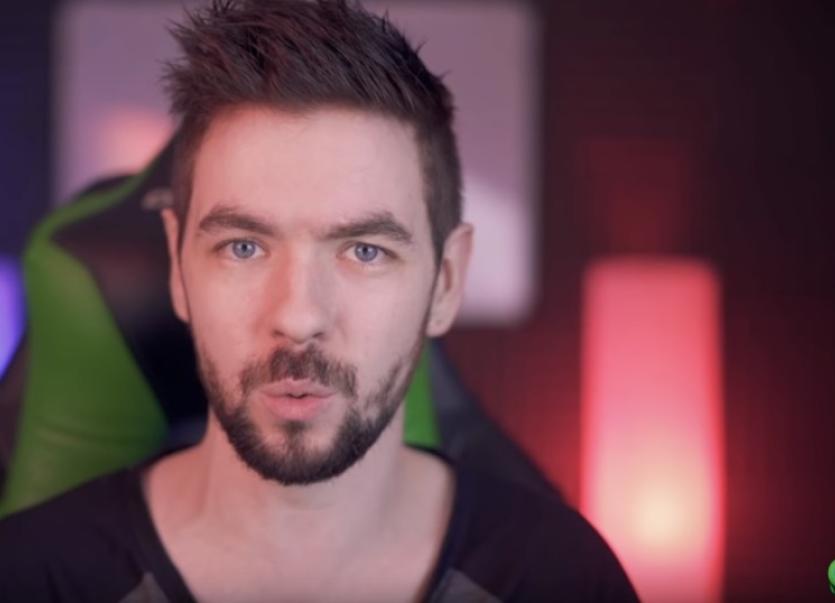 An Offaly YouTuber and charity activist has been named as one of Ireland's most outstanding young people.

Sean McLoughlin, or JackSepticEye, as he is commonly known, was named alongside the likes of Limerick's Collison brothers and jockey Rachael Blackmore as part of the 'Ten Outstanding Young Persons Awards (TOYP), JCI Ireland’s Flagship Project.

Seán William McLoughlin (Jacksepticeye) is an Irish YouTuber, best known for his vlogs and comedic Let's Play series. As of May 2021, his channel has over 14.1 billion views and 27 million subscribers, and is the most-subscribed Irish channel. Since 2017, McLoughlin has raised more than $6 million in total in charity livestreams.

The project was launched in March in the presence of Roderic O’Gorman, Minister for Children, Equality, Disability,
Integration and Youth, who said that, "JCI Ireland is an organisation filled with young people who are absolutely committed to making a really positive impact in their own communities.

"The different programmes and projects offered by JCI Ireland support young people to take action and make positive change in their society."

The month-long nomination process culminated into the Final Awards ceremony held virtually on May 15, 2021. During the nomination phase, communities across the island were called upon to nominate young people aged 18-40 who have been working for the betterment of society in the 10 different categories.

Speaking at the Award Ceremony, Guest of Honour Dr Fergal Lynch, Secretary General of the Department of Children, Equality, Disability, Integration and Youth said that he was impressed by the organization of this award as it gave the opportunity to recognise the hard work and achievement from the young people in Ireland.

National President of JCI Ireland, Carol Ho said that, "Immense support from the local communities in Ireland in promoting their local heroes who have been working for the betterment of the society is a sign of a strong sustainable community which is thriving. The generous support from the government Department of Children, Equality, Disability, Integration and Youth and Huawei Ireland as the National Sponsor for the TOYP awards shows their commitment towards supporting young people and
building sustainable communities in Ireland."

Concluding the award ceremony, National TOYP Project Lead, Anuj Agarwal took the opportunity to thank the project team both at the National and Local level without whose support the project could not have succeeded. Quoting him, "This year the project team worked with immense dedication because of which it was possible to create a new partnership with Huawei as well as several other departments of the government. The awareness about TOYP and JCI Ireland within the country have also reached new heights."