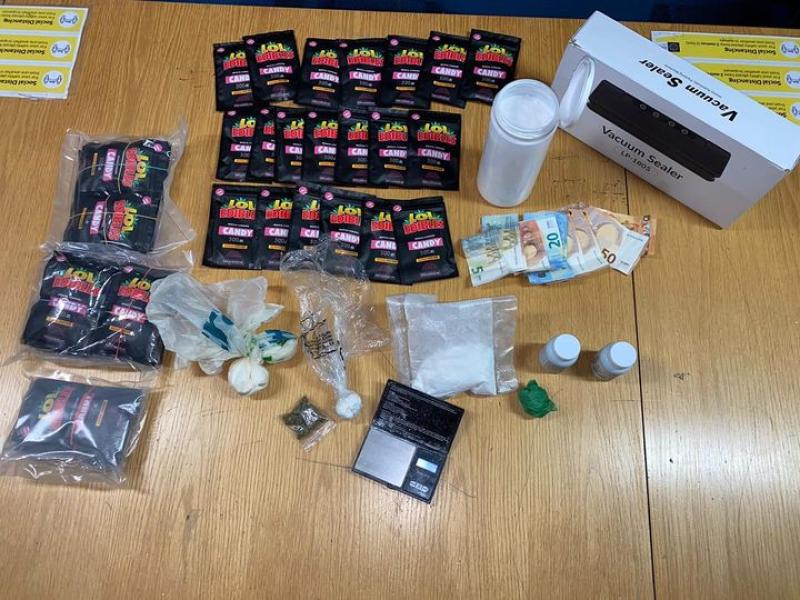 On e person has been arrested after gardai made a significant drugs seizure in Offaly.

During the investigation of a recent crime, Clara gardai conducted a search and arrest operation which resulted in the seizure of drugs with a street value of approximately €19,650

The drugs seized included cocaine, cannabis, zanex tablets and cannabis sweets. One person was arrested and was detained at Tullamore Garda Station.