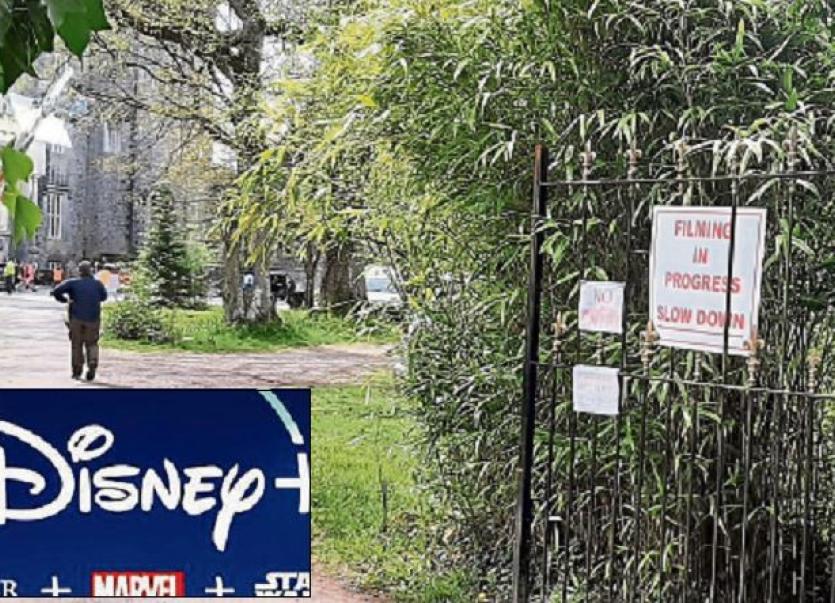 A DISNEY-owned company is shooting the pilot for a major new series at Charleville Castle in Tullamore this week.

A massive crew was working at Charleville Castle and in the adjacent wood today, just in time for cameras to capture the spectacular annual bloom of bluebells in the forest.

Charleville Castle is a popular location for film and TV production and among the worldwide hits shot there were 'Becoming Jane' starring Anne Hathaway and 'The Tudors' with Jonathan Rhys Meyers.

Several sources indicated on Friday that Charleville Castle and its wood had been chosen as the backdrop for some of the scenes for 'Disenchanted', the sequel to 2007 smash 'Enchanted' starring Amy Adams and Patrick Dempsey.

It was even rumoured that Dempsey was at the castle but Dudley Stewart, custodian of the neo-Gothic dwelling, told the Tullamore Tribune that was not the case.

However, he added: “I'm not saying they didn't take some shots for [Disenchanted]. There's a bit of multi-functioning going on here. We're on three things and it's taken a long time to shift them into gear.”

Mr Stewart added: “There's more to come, don't worry. You haven't seen the half of it... We're doing our job for the county during Covid. We can't open [the castle] to the public and we cannot be a magnet but the least we can do is get a movie in and turn the place into a destination.”

There were several trailers parked in the castle yard today and a crane was in place close to the main door.

There was also a constant stream of vehicles in and out and walkers were permitted to use the usual trails in the estate but security staff advised them to stay off the main avenue.

A dolly track had been laid on one path through a bed of bluebells and it is understood that Charleville has been chosen because it provides the natural representation of an enchanted forest sought by the 'Epic' creators.

It is being directed by James Griffiths, maker of upcoming Disney+ series 'The Mighty Ducks'.

Meanwhile, 'Disenchanted' leads Adams and Dempsey were in Enniskerry, Co Wicklow this week as the story of Giselle and Robert from Enchanted continues.