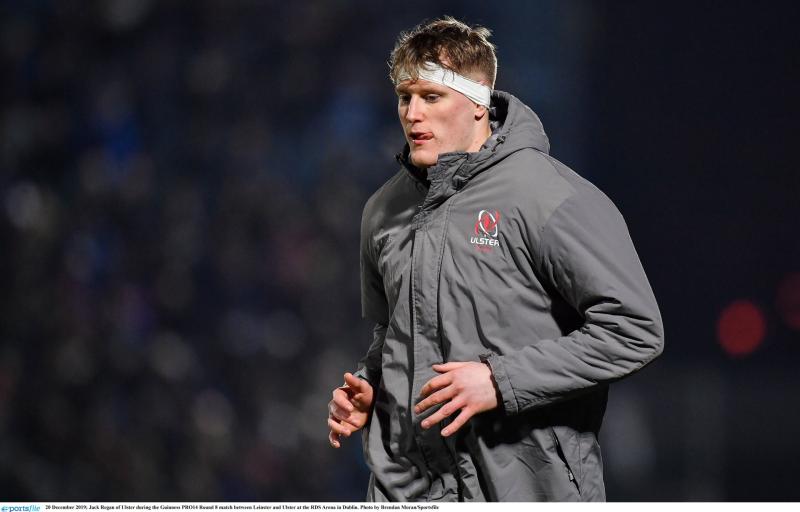 BIRR rugby star Jack Regan is to sign for Welsh club, Ospreys. It is a big career move for Regan who went to New Zealand after being let go by Ulster and has made a huge impression there.

The lock initially joined Dunedin Sharks last March and showed his quality almost immediately. His performances here earned him selection on the Otago Mitre 10 Cup side and he played every game for them.

It all represents a terrific comeback by Regan and he has answered his doubters quite spectacularly. He has really progressed in New Zealand. Dunedin Sharks are in the third tier of New Zealand club rugby but he hit the ground running here to earn selection on the regional side, Otago – they compete in the Mitre 10 Cup, a provincial competition in New Zealand.

This in turn brought him to the attention of a Super Rugby side, the Highlanders. This was another big step forward in his career rehabilitation after the disappointment of being released by Ulster. The Highlanders played in the Super Rugby Aotearoa and again Regan took full advantage of his opportunities. His lineout play impressed. He also won widespread praise after not reacting to a series of slaps to his head from a 50 cap All-Stars prop Joe Moody in his Highlanders debut against Crusaders. He showed incredible discipline and composure to turn the other cheek with Moody reacting very aggressively as a maul developed following a lineout. Regan took the provocation like a man and Highlanders were awarded a penalty as he didn't react. He later explained that he didn't want a red card on his debut – he felt that an All Black like Moody was never going to get a red card.

He also had the experience of performing in the Haka for Highlanders and many facets of his game have also improved in rugby mad New Zealand.

Jack Regan, however, gravitated towards rugby at an early age and has now proven that he has what it takes to be a professional. He played underage rugby with Birr and became part of the Leinster youths set up. Regan is turning 24 soon and he joined the Ulster squad in 2019. He came on as a replacement for them in a 54-42 defeat to Leinster in the Pro14 in December 2019 but was released the following March.

This, however, was just the start of a great journey for him. Dunedin Sharks confirmed that he was joining Ospreys in a social media post on Saturday and the move closer to home creates exciting potential for Regan. Ospeys are based in Swansea and they compete in the Pro14 and the European Champions Cup. They have won the Pro14 predecessors, the Celtic League or Pro12 on four occasions with their last success coming in 2012. They have reached the quarter-finals of the Heineken Cup, now the Champions Cup, three times, losing each one with their last appearance coming in 2010 when they were pipped by Biarritz.