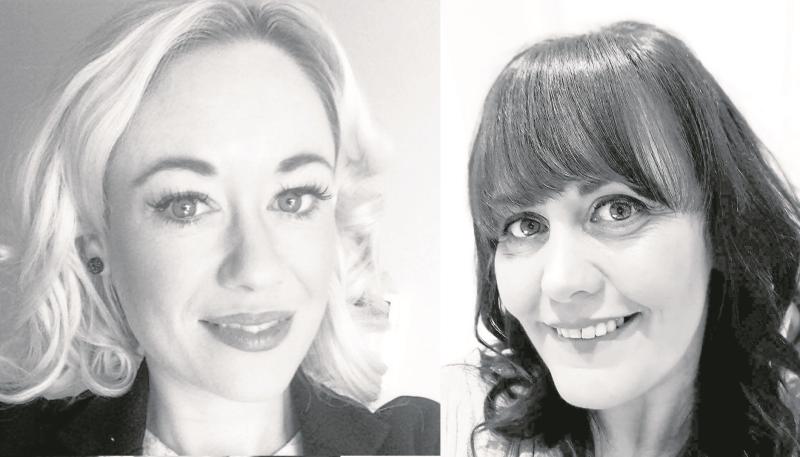 Whilst many people were baking banana bread or making Tik Tok videos throughout lockdown, Jay Origan and Sinéad Handy were busy making their dreams a reality.

The two local performers, well known in drama and musical theatre circles, had been accepted onto Youth Theatre Ireland’s drama facilitation programme back in February 2020. It is here whilst in the middle of their training the opportunity arose to apply for substantial financial funding from Creative Ireland to start up a youth theatre in the midlands.

They took this as a sign to make reality what had always been their end goal, to run their own youth theatre. After a lengthy and arduous process of proposals and applications FUN House Youth Theatre was born.

Youth theatre is a lot different to the well-known stage schools and musical theatre groups around. Its process is based on empowerment of the young person, offering personal development, self- esteem, self-reliance, self-worth, confidence, broader social skills, tolerance, friendship, collective identity. It is very much aimed at allowing freedom of expression and creativity, under the guidance of the facilitators. It is a safe space where young people can express themselves creatively without judgement, and make the group uniquely theirs.

Drama workshops form the core of youth drama practice. They are the stable element of any youth theatre. In drama workshops participants explore themes relevant to their lives and learn about every aspect of theatre. Youth Theatres will have at least one production every year. Many youth theatres stage existing plays or specially commissioned theatre by writers writing for young performers. Youth theatre also encourages ensemble playing and experimental performance that is often devised by and with the members.

Fun House YT has a wonderful committee of local drama enthusiasts to ensure the smooth running of the group, and it’s a credit to Tullamore and the surrounding areas that there are so many people so willing to give up their time and energy in order to give back to the community and ensure that the arts stay alive and well especially in these strange and unknown times that we all find ourselves in. The committee consists of, Chairperson-Carla Carey, Secretary/child protection officer- Kate Murray, Treasurer/membership officer-Amanda Cunningham, PRO-Georgie O’ Toole, and Paul Norton in an advisory capacity.

Fun House YT will be will be kicking off this April, with FREE taster workshops via zoom, for the month starting on the 6th April. “Theatre Tuesdays will give participants a better understanding as to what we are all about” says chairperson Carla Carey, “and hopefully it will encourage those who may be a bit shy or unsure, that drama really is for everyone, and is so much fun.”

To register your interest in joining us for the free taster workshops please email us on funhouseyouth theatre@gmail.com or follow us on facebook, Instagram or Tik Tok @funhouseyouththeatre