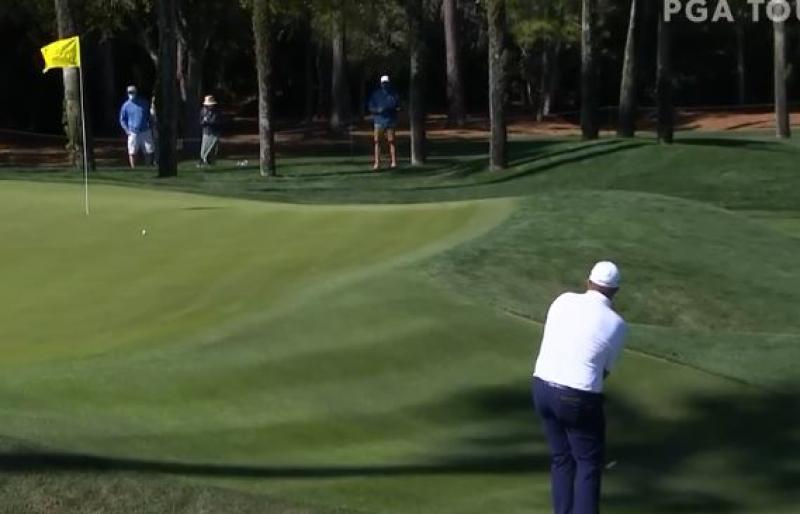 Shane Lowry has started strongly at The Players Championship on PGA Tour at TPC Sawgrass.

He is in a tie for third place on four under par after a round that included six birdies and two dropped shots.

One of his birdies came on the 13th where he had this spectacular chip in.

He also birdied the infamous 17th with its island green but unfortunately dropped a shot on the last.

The Offaly golfer has changed his putting grip this week and so far it seems to be paying off.

After his round he said, “I’ve been left hand low my whole life and I’ve gone right hand low this week. I did it the final round at Concession and had the best putting round of my season. I didn’t do it last week. I kind of went back to left hand low and trying to figure it out that way."

He is three shots behind leader Sergio Garcia after Round 1.

Shane is back on course today just before 1pm Irish time.