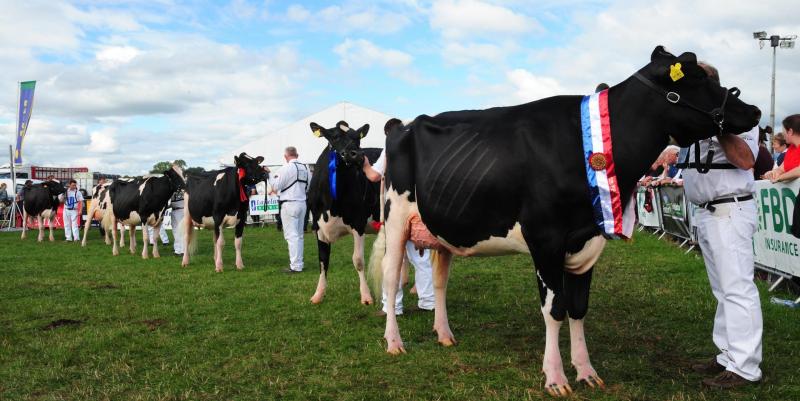 THE Executive of Tullamore Show and the FBD National Livestock Show look to the future with confidence despite the ongoing Covid-19 pandemic.

That's according to the Show's newly elected public relations officer Steven Kelly in his first press statement following his securing of the position at the recent AGM.

Mr Kelly, who will be assisted by outgoing veteran PRO, Christy Maye, is one of a number of new faces on the Executive elected at the AGM.

A new Chairman, Joe Molloy from Leamore, was also elected unanimously by members, at the meeting which took place over Zoom.

Joe has been a member of the Show Executive for several years now, and has been involved in several roles of responsibility, most recently as head of carparking.

Said the Show statement: “He [Joe] is looking forward to the challenge and has no illusions about the workload involved. Joe is well known locally through his involvement with the Tullamore Show and other organisations such as the very successful Leamore Development Association as well as his award-winning dairy farm on the edge of Lough Boora which he farms in partnership with his son Paul.”

Chelsey Cox McDonald has taken up Freda’s role as Show Secretary. Chelsey has had the pleasure of working with Freda and the Tullamore Show for the show for the last 12 years. Chelsey has held the role of Office Manager and has been instrumental in the success of the show in recent years.

She holds a 1st class honours degree in Business and has a keen interest in farming and is currently studying her green certificate in Gurteen College through distance learning. Chelsey’s experience and background are a great asset to the Show and she brings youth and new ideas.

Conor Camon, a dairy farmer and agricultural advisor from Cloghan was elected as Assistant Secretary. Rodney Cox a former Chairman remains in his role as Treasurer and will be ably assisted by the newly elected and well known Tullamore resident Ann Starling.

He also commented that the Tullamore Show executive are all very hopeful we can have a show of some sort this year, “however, it is too early to commit to this yet but we will take the best advice and guidance of the relevant authorities and follow whatever regulations that may be in place in order to control this ongoing pandemic.”