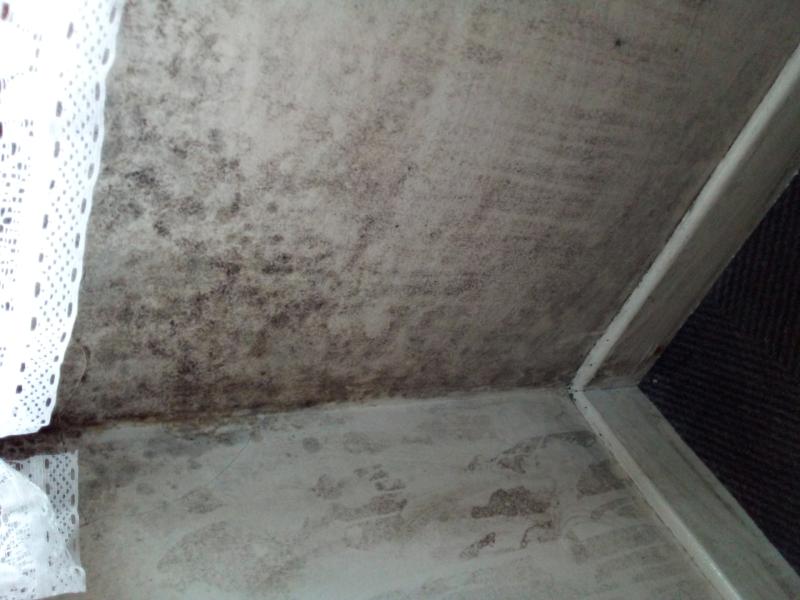 Mould in the tenant's apartment

A TENANT living in a privately rented two-bed apartment in the centre of Tullamore has issued an appeal to Offaly County Council to provide him with alternative accommodation due to health issues.

The tenant, whose identity is known to the Tribune, says he is battling physical and mental health issues because of the mould and damp throughout his rented property.

He has provided the Tribune with a series of photographs showing mould in the property together with letters he has sent and received from a variety of bodies including Offaly County Council.

The tenant, who is not a native of Tullamore but has been living here for over 20 years, has raised issues about the condition of his apartment with the council since March 2013, having originally moved in there in September 2012.

A council clerk of works visited in 2013 and asked the landlord to carry out a series of works but the mould and damp came back within a matter of weeks after the work was completed.

The tenant, who is also a bowel cancer survivor and suffers from a heart condition, alleged the landlord had also given him an illegal notice to quit which he later withdrew.

The tenant has been in contact with the Citizens Information Service, the National Advocacy Service, the Residential Tenancies Board, the Ombudsman, the Legal Aid Board as well as Offaly County Council over the years to press his case.

His case has also been supported by local TD Barry Cowen who has written to the council on three occasions backing his plea to be rehoused.

The tenant has also written to the CEO of Offaly County Council seeking to be allocated local authority accommodation.

In the past he believed he had secured such accommodation in the Chancery area of town but this did not come to fruition.

But the tenant has vowed to continue his long-running battle to secure alternative living accommodation because of the ongoing impact on his health.