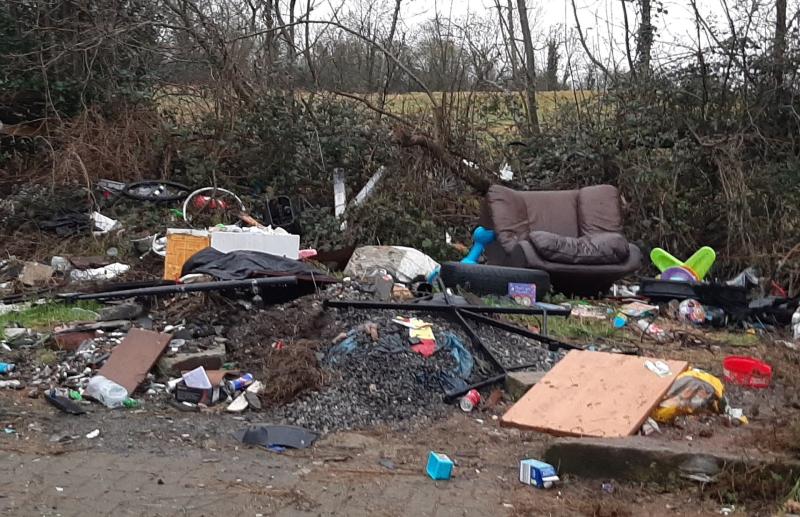 CCTV will be used by Offaly County Council to catch those responsible for anti-social behaviour in at least one estate in Tullamore where residents are living in 'absolute hell'.

Speaking at last Monday's Offaly County Council meeting, Sharon Kennedy, director of service with the council, said progress was being made in the battle against the behaviour.

“We have made progress last year. We know where we're going this year and we're hoping that we will be able to make progress,” said Ms Kennedy.

“We fully understand there are a number of estates where there are ongoing difficulties. We are looking at CCTV particularly in relation to one named estate.”

She said the council were currently “scoping out the GDPR compliance”. “We hope to move on that in the next week or two.”

The council director was responding to a number of councillors who again voiced serious concerns about what is happening in estates.

Cllr Ken Smollen, Independent, said issues in Tullamore, Kilcormac, Edenderry and Banagher had been brought to his attention and he named one estate, Chancery Close in Tullamore, “where children are being bullied and intimidated”.

“Parents are being physically assaulted, graffiti is being painted on walls. There's an unbelievable amount of domestic waste,” said Cllr Smollen.

He had seen the dumping himself that day on the green area and fires had been lit there.

Life for “decent” residents is “absolute hell” and some were getting letters from environmental health warning them about rats.

Some of the residents had bought their houses and were paying mortgages and one said he had to live in what “looks like a landfill site”.

Cllr Smollen said while the rubbish is cleared by the council “it's back to square one after a week”.

He said CCTV would be the only answer and the offenders needed to be prosecuted.

Cllr Sean O'Brien, also an Independent in the Tullamore Municipal District, supported the use of CCTV and though he agreed progress was being made on anti-social behaviour, added: “This has to be the year, 2021, where we take very direct action”.

Cllr Tony McCormack, the Tullamore Fianna Fail member who chairs a committee specifically charged with addressing anti-social behaviour, said while he remained very concerned about it, he nonetheless felt that progress was being made.

“There's a lot of work being done and we are getting some successes. Unfortunately Covid is hindering the successes we're getting but there will be an awful lot more successes in the future.”