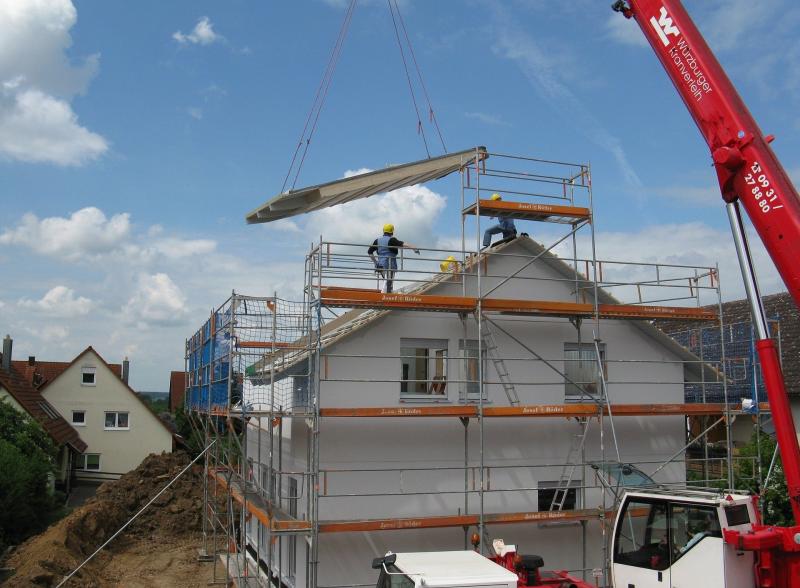 OFFALY County Council is on course to provide nearly 350 new social housing units in the next three years, according to a report from officials this month.

Plans to dramatically ramp up the numbers of houses being built were presented to councillors at their January meeting.

The houses will be coming from a variety of sources, including the council's own schemes, 'turnkey' estates provided by developers and further units from approved housing bodies.

The 14 houses built off Chancery Lane in Tullamore were the only ones directly provided by the council in 2020 and the plan brought to councillors revealed that none will come from that source this year.

Instead, 27 houses will be provided by an approved housing body at Killane Court in Edenderry and 26 by a similar organisation at Jackson's Hill, Sragh, Tullamore.

Turnkey projects will deliver 25 houses this year, including eight at Heather Drive, Daingean, eight more in Mucklagh, six at MacGregol, Birr (where two were provided in 2020), and three in Cloneygowan.

The year 2021 will also see four provided at Silverbrook in Tullamore through Part V of the Planning Act, whereby a certain number of social houses are provided to the council from a larger private development.

The completion of two 'voids' (unoccupied houses which require substantial renovation for re-letting) brings the total for this year to 84.

The council plans to return to building its own houses in 2022, with 42 units in the pipeline, with the largest single estate being 18 houses at Kylebeg, Banagher.

Nine council houses will be built at Circular Road, Daingean, four in Moneygall and four more at Sr Senan, Edenderry, along with seven in Belmont.

Turnkey projects will yield even more houses, including 34 at McAuley Drive, Birr and 28 on the Bog Road in Portarlington.

Other turnkey developments in 2022 will see five houses provided at Riverside, Tullamore and four in Walsh Island.

The long awaited Kearney's Field project in Tullamore is also scheduled for next year, with 41 units being built by an approved housing body.

A housing body will also build 19 houses in Clonminch, Tullamore in 2022.

The overall plan sees activity slowing down in 2023, the last year of the Rebuilding Ireland programme.

The largest single project will be 38 council houses at Raheen in Clara.

In Tullamore, the council will provide another 20 social units off Chancery Lane in a scheme which will be known as Dargan Drive.

The final scheme currently listed for 2023 is a 32-unit project at the Convent, Portarlington, which will be undertaken by an approved housing body.

“That's not a pie in the sky number. They are identified, approved projects,” Sharon Kennedy, director of service, told councillors.

Ms Kennedy said it was a case of “trying to bring them home as quick as possible” and at the same time, discussions would continue with developers presenting options for further turnkey schemes.

“We will be continuing to look for projects that will be delivered,” she said.

A report presented by housing official Monica Cleary indicated that targets set for the council will be exceeded.

The target for building in 2020 and 2021 was 111 but 122 will be achieved, said Ms Cleary. Other means of housing provision, including leasing, brought the overall target for the two years to 177 but in all 191 will be delivered.

“Targets are targets. I try not to get too [caught] up in targets because you really are trying to deliver

houses for people, that's what you're trying to focus on,” she added.

She pledged that the council's housing section will try to maximise its output and “will continue to work with any new developments we can”.

The 38-house council scheme earmarked for Raheen, Clara, will begin its route through the planning consent process on January 27 and it is hoped it will come before councillors for approval in April.

The houses at Killane Court in Edenderry should be finished by February 28 and the council will then nominate the tenants for them.

At the end of 2019 33 council houses were allocated at Blundell Wood, Edenderry.

Cllr Frank Moran indicated he was disappointed with the slow pace of the Raheen scheme in Clara, one which was supposed to be “fastracked” last year but might not now be delivered until the first three months of 2023.

“Four years is not fasttrack,” said the Fianna Fail councillor, adding that he hoped the two different designs for the scheme would be shown to the public during the planning process and his preference was the one originally drafted by the council.

He was told two designs could not be sent out for public consultation. A second design was drawn up by consultants.

In further reaction to the plan, Cllr Sean O'Brien, supported by his fellow Tullamore Independent, Cllr Ken Smollen, called for more houses to be “directly built” by the council if possible, while Cllr John Clendennen, Fine Gael, said he hoped the acquisition of houses would not cease.

Cllr Clendennen was told the emphasis at Government level was now on new housing in an effort to increase overall supply, but nonetheless some houses might still be acquired by the compulsory purchase route.

Cllr Tony McCormack, Fianna Fail, said there were many houses also being provided by the private sector, especially in Tullamore, with schemes underway by Capital Homes on the Clara Road, Glenveagh off Collins Lane and further houses at Norbury Woods.

In spite of the levels of activity, the waiting list for public housing in Offaly remains very high.

In 2020, 162 homes were allocated by the council, including 90 local authority homes. A further 12 were leased, 44 were provided through approved housing bodies and 16 mortgage-to-rent agreements were finalised.

“The Covid scenario brought added stresses and strains on what is already a fraught situation,” said director of service Ms Kennedy.

In spite of the Covid-19 restrictions on work and the requirements for remote working, she felt the housing section had moved as many projects as possible forward.

“It's been very challenging for those looking for homes as well in terms of our ability to respond to those needs.”