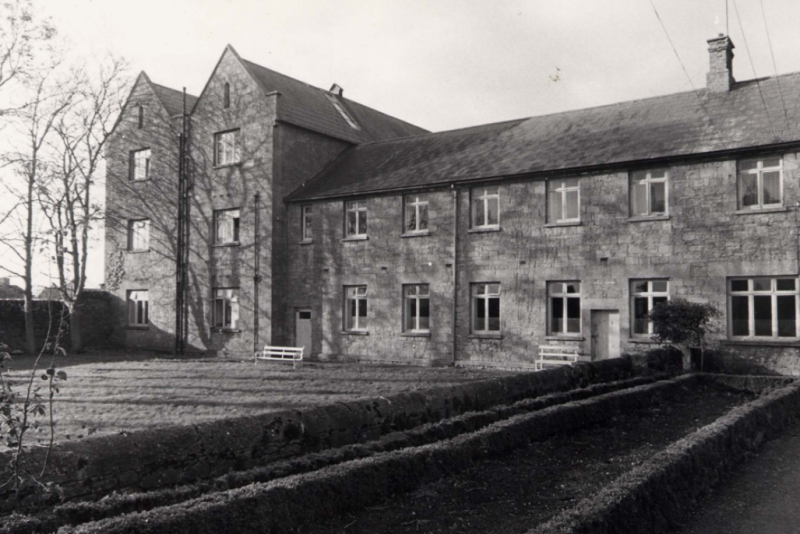 THE publication of the Commission of Investigation into Mother and Baby Homes in Ireland illuminates the disgraceful role that many Offaly institutions and individuals played in our dark and bleak history.

It seemed as if almost everyone conspired to hide away the unfortunate women who became pregnant outside of marriage.

The county home in Tullamore which was located in the workhouse on Arden Road, admitted a number of pregnant women.

"Until 1973 when the Unmarried Mother’s Allowance was introduced, most women had no realistic prospect of keeping their child unless they were assisted by their family.’

"The proportion of Irish men who acknowledged paternity was low.’’

According to the report: ‘’County homes admitted women with special needs, mental health problems, venereal disease or a criminal conviction, who would be rejected by a number of mother and baby homes. They also accommodated children who had special needs, including the children of married families. The accommodation and care given to these children in county homes was grossly inadequate; some of the descriptions are extremely distressing,’’ the report noted.

Regarding the Offaly county home the report also stated: "While the premises had been improved and the commission described the management as ‘good and sympathetic’, sanitary and bathing arrangements ‘should be improved' ".

Offaly County Council was highlighted in the report as a council which consistently ignored pleas from inspectors to board out children from the county home.

The report states, "Despite repeated pleas from the inspector, Offaly failed to advertise for foster parents, leaving it to the assistance officers to identify suitable homes. Having failed to convince Offaly that boarding out was in the best interests of the child, the department inspector suggested that they consider the financial benefits of fostering: it cost substantially less than the cost of keeping a child in an approved school. Nevertheless Offaly persisted in keeping the children of unmarried mothers in the county home for several years, and then transferring them to industrial schools. Girls were generally sent to Lenaboy; boys went to St Joseph’s, Salthill. The department reminded Offaly, in vain, that children should only be sent to institutions when efforts to place them with a foster family had failed.’’

In 1965 there were 146 children from Laois and Offaly in institutions, ‘the vast majority of whom appear to have been sent automatically’; having spent their early years in the county home or a mother and baby home, these children were then dispatched to industrial schools.’’

The report gives some examples of the hardships that befell Offaly women who became pregnant outside of marriage.

"In 1951 one woman from Offaly, who was pregnant for the second time (by the same man) was reported to have come to Dublin, where she ‘went to women on stalls at [Nelson’s] Pillar for advice. One took her home and gave her her bed’.

"When the Offaly county manager refused to accept financial responsibility for a woman, it was suggested that she should be put on a bus to Tullamore and instructed to present herself to the county home.’’

The file on one baby born in Castlepollard to a woman with an Offaly address noted that her baby was boarded out in Westmeath for £2 5s a month. Two local officials were alleged to have visited the baby’s mother, who was described as ‘not very sound mentally’, and persuaded her to give an undertaking that her sister who worked in Dublin earning 35s a week would contribute 5s a week towards the maintenance of the baby.

This sister contributed £1 a month but Westmeath then demanded an additional £1; the woman claimed that ‘threats were made of making trouble for the baby’s mother if she didn’t pay’. The local NSPCC officer was making arrangements for the child’s (age not stated) admission to an industrial school. This confrontation probably occurred because the child was boarded out in Westmeath, whereas the mother’s home address was in Offaly,’’ the report suggests.

It appears that fostering was not always the answer either.

An inspection in Offaly in the early 1950s described how’’ a foster mother had received £13 the previous month to buy clothing for three foster children but the clothes shown would not have cost half that sum, and the children were dressed in worn-out garments. Some foster parents bought the clothes, but did not let the children wear them - one Offaly foster mother was reported as ‘inclined to hoard clothing, particularly undergarments, for inspection purposes while the child is clad in worn out garments’.’’

"In May 1931 the Department of Local Government and Public Health  wrote to the Offaly Board of Health suggesting that the 26 unmarried mothers living in Tullamore county home should be transferred to Sean Ross. In support of the suggestion, the chairman of the board said that the 26 women in question were ‘mere girls’ and first time mothers and that every effort should be made to teach them how to become ‘self-supporting’. While the Offaly councillors did not oppose the suggestion in principle, some raised concerns regarding the cost of hiring staff to take on the work performed by these women in the county home.’’

The full report is available at gov.ie/report