“It's a painting of hope and I hope that's the way people will see it.” 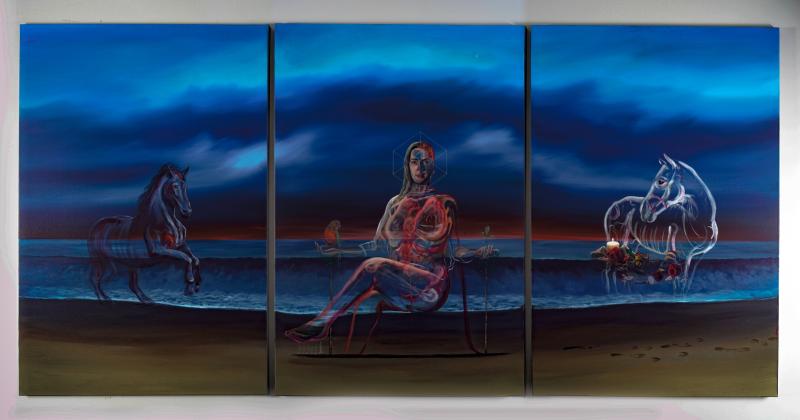 A STUNNING painting of health advocate Vicky Phelan by Offaly artist Vincent Devine was unveiled on the Late Late Show on Friday night.

The painting will be sold by top auction house Sheppards of Laois and all proceeds will go to the charity Heroes Aid, which supports frontline health service workers battling Covid-19.

Clara man Vincent Devine had kept the project a secret for the last few months as he worked with Vicky, photographing her on the beach in Doonbeg in advance of painting the large triptych. 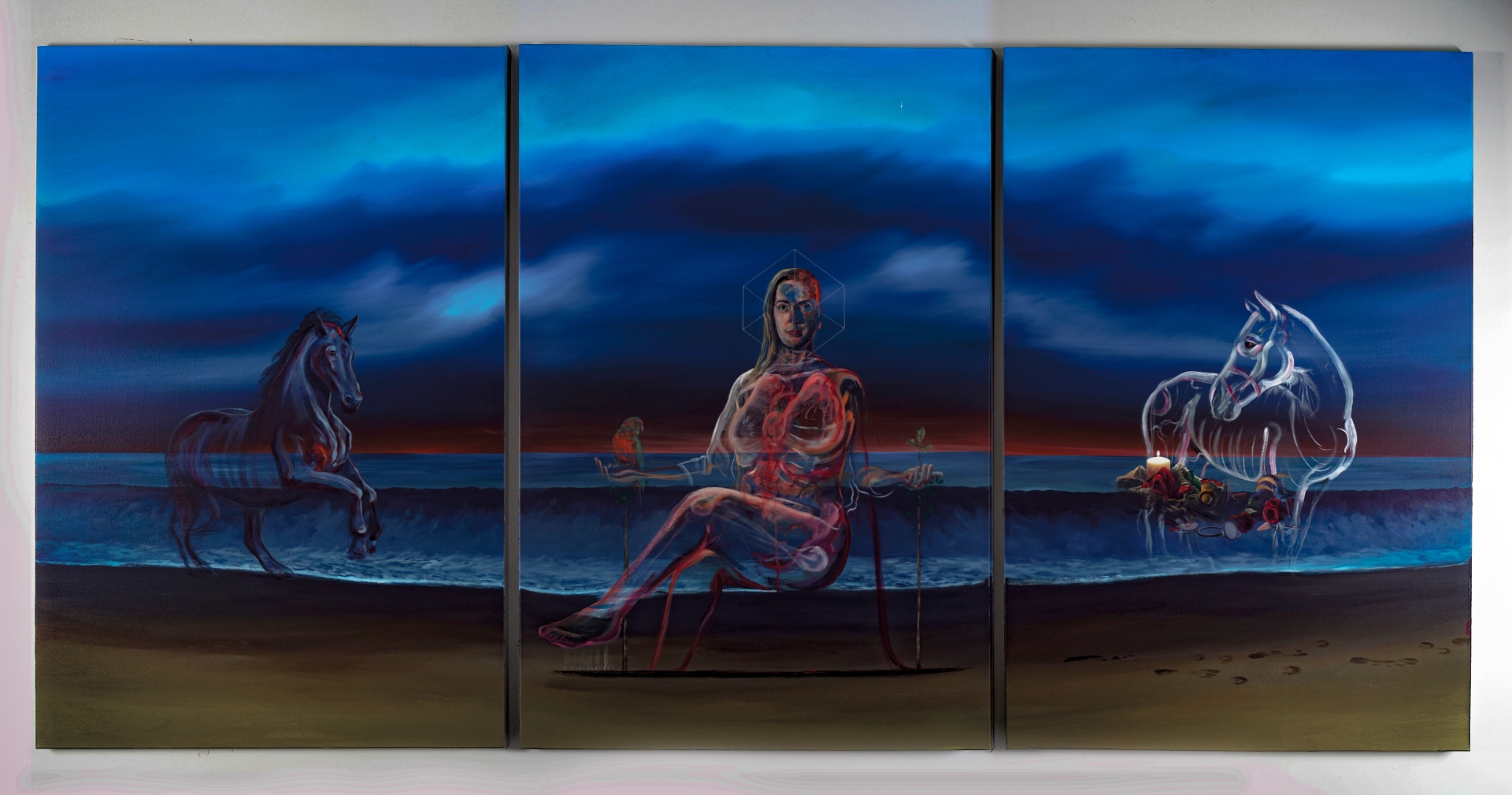 Tullamore resident Vincent, 34, a son of Livinus and Hazel Devine, is the man behind the paintings which are on display in the shop window of the former Kilroy's store on High Street in the town.

But the work of the graphic design graduate has gone much further, having been lauded by stars such as Shakira, Will.I.Am, Alanis Morissette and JK Rowling.

“They were nice to look at but there wasn't as much heart and soul in them as working with Vicky,” Vincent told the Tullamore Tribune on Friday.

“When you take on someone's story and their narrative you can say so much more. And that's why I don't paint realism but realism just limits you to seeing the outside of the person.

“Painting can carry a very important message and Vicky's life is basically injected into the whole piece.”

Vicky Phelan revealed on the Late Late Show that she will be travelling to the US to participate in a clinical trial in a bid to combat new tumours.

“The only pain I get is in my back... If I stand for too long I get an unmerciful pain in my back,” she told presenter Ryan Tubridy.

Vicky spoke about her battle with cancer and how treatment has helped her in the last three years.

She said she will be leaving her family behind and staying for up to six months in Maryland while the treatment is ongoing.

“If this trial works I will get more time with my kids.”

The Pembro drug has helped her for three years and she is hoping that the next phase of treatment will extend her life by at least the same length of time.

Vicky has written a bestselling book about her life and her experience during the cervical check controversy since she was diagnosed in 2014.

She told Ryan Tubridy the three-part painting represents the past, present and future, with each element, especially the horses, one black and one white, representing parts of her life, including a car crash which happened before she developed cancer.

The inclusion of a shamrock in the centrepiece, which depicts Vicky sitting on a chair on the beach, was her idea.

“That's to represent the Irish people who have taken me to their heart,” she said. “It's a painting of hope and I hope that's the way people will see it.”

Sheppards auction house were hired by Heroes Aid to auction the painting which Philip Sheppard described as “a really, really important work of art.”

It will come up for auction at 2pm on Thursday, February 4 and the sale will be live online and open to a global audience of bidders.

“We're absolutely delighted. The work that frontline workers are doing is incredible. They're under huge pressure and anything we can do to support them, we're happy to do so and it's a privilege to do so,” said Philip.

“We think that Vincent is an up and coming and talented artist and it's great to see it happening in the Midlands.

“Vincent has built up a very good relationship with her and that's reflected in the artwork which is full of symbolism.”

The auction house has waived all fees. “Our fees will be donated along with the hammer price,” said Philip.

The artist Vincent Devine has three children, Annalie, 9, Rowan, 5 and 16-month-old Thea, with his partner Lynne.

Log onto heroesaid.ie for more details about how to donate to the charity.