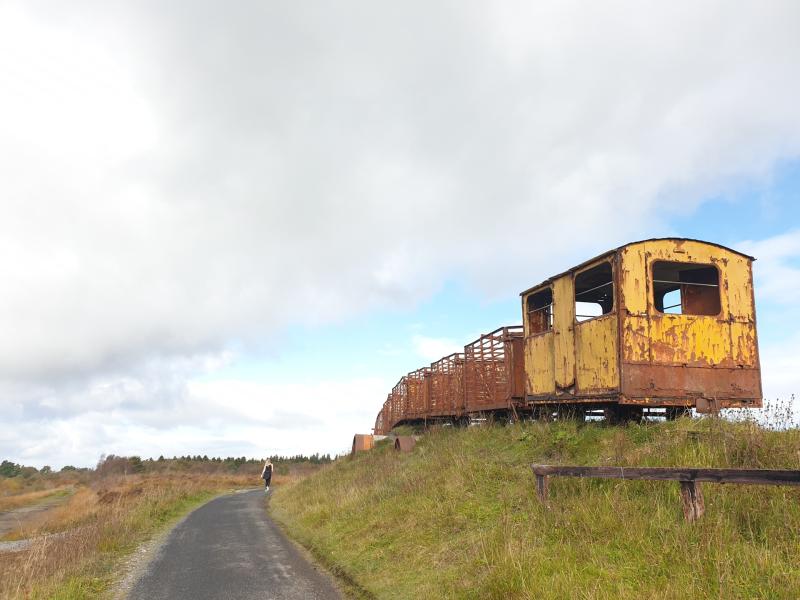 BORD na Mona has lined up the first two bogs in Offaly for its major peatland restoration project.

The bogs, Oughter Bog and Pollagh Bog, are located between Rahan and Pullough and are close to the Lough Boora Discovery Park, the company's flagship former cutaway.

As part of its accelerated decarbonisation strategy and its exit from peat production, Bord na Mona will rehabilitate more than 80 bogs comprising some 30,000 hectares.

The peatland restoration programme is a key plank of the company's employment retention plans once it finally ceases turf harvesting completely.

Workers will be transferred to new roles but the project cannot begin immediately because Bord na Mona must first undertake a public consultation.

Welcoming Bord na Mona's identification of the first bogs it is targetting for transformation, Offaly Fianna Fail TD Barry Cowen remarked: “They're obliged to have a consultation process for each bog. Some might say it's tedious but there are people on the margins of the bogs who might be affected.”

The Bord na Mona move was also welcomed by Senator Pippa Hackett, Minister of State with responsibility for land use and biodiversity.

“Healthy bogland plays a vital role in reducing our carbon emissions, so it’s great to see work commencing on these two bogs,” says Minister Hackett. “The plans include stabilising the bog surface with natural vegetation and allowing peatland habitats to re-develop.

“It’s also important that there is public consultation so I’m glad to see this process to get the views of stakeholders is underway. The bogs have served us well in Offaly. Now we can get involved in how they are to be restored. I would encourage everyone with an interest to make their submission.”

The deadline for submissions is January 24 next and copies of the draft Bord na Mona plan are available from pcasinfo@bnm.ie

Bord na Mona has said the work will incorporate peat drain blocks and re-profiling and contouring of the peat fields to bring water levels back to the surface.

In general, the key objective will be to optimise the area of suitable hydrological conditions for climate action benefits across the cutaway landscape.

Bord na Mona say this will accelerate the trajectory of establishment of embryonic sphagnum-rich peat-forming habitats on suitable deep peat areas and optimise water levels in the shallow cutaway areas for the development of reed swamp and fen habitats.

Meanwhile, the Department of Agriculture is considering applications for the rewetting of farmed peatland under the European Innovation Partnerships Initiative.

Its aim is to develop new ways of approaching the challenges being faced by these lands and will look for sustainable land management options for farms at catchment level, said Minister Hackett, who aims to announce the details shortly.