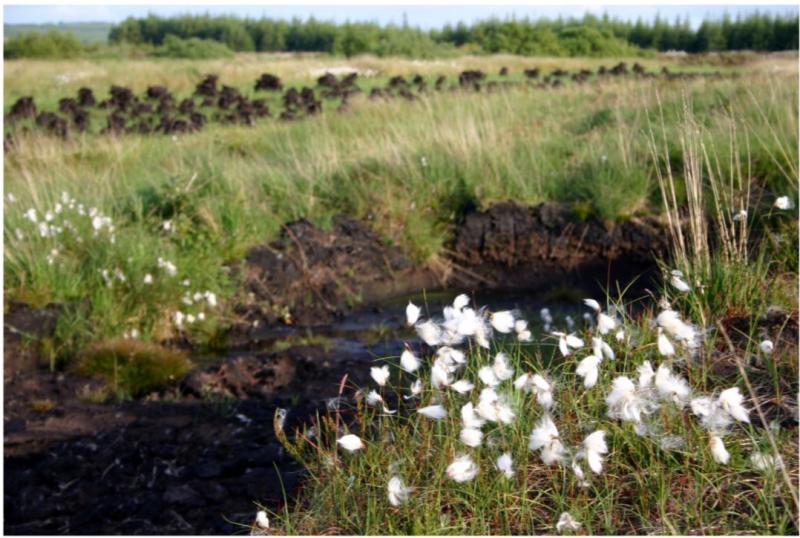 A farmer has voiced his concerns about rewetting bogs

A PROMINMENT Offaly farmer has hit out at plans for rewetting hundreds of thousands of acres of drained bogs as part of Ireland's bid to reduce carbon emissions.

Johnny Butterfield, a former councillor and Chairman of the now abolished Council Committee of Agriculture in Offaly, described the process as turning cutaway bogs into “swamps”.

He said he could understand the need to reduce Ireland's carbon footprint but questioned the economic and environmental impact of rewetting as well as its effect on rural communities.

“When I was Chairman of the Committee of Agriculture we lobbied very hard for the Government to put these cutaway bogs to productive purposes, whether for forestry or grassland,” said the Ballincanty based farmer.

Mr Butterfield, on whose lands the Tullamore Show and FBD National Livestock Show are staged every August, said he was very concerned that up to 200,000 acres of drained boglands would be rewetted.

“They are talking about giving employment but I spoke with a person with experience in land reclamation who said that 20 diggers in one season would block all the drains required,” claimed Mr Butterfield.

He added that there would be no new employment created after just one season.

The Offaly farmer said he appreciated the great work which had been carried out on tourism and environmetnal developments at Clara Bog and Lough Boora Discovery Park but stressed there was only a market for “so much” of such projects.

“You cannot have 200,000 acres like that as it will serve no purpose,” added Mr Butterfield.

Advocating the planting of forestry on cutaway bogs, Mr Butterfield said some species of trees such as birch could play an important role in reducing carbon emissions

Predicting food shortages in certain sectors because of the impact of Brexit on imports, Mr Butterfield proposed that some of the drained bog should be reclaimed for productive agricultural purposes.

He recalled the bogland has been acquired from its original owners for as little as £2 an acre and said he would be campaigning for that land to be restored to its former owners.

Mr Butterfield also claimed that rewetting bogland would have an impact on neigbouring farms.“You cannot have a swamp on one side of a fence and expect it not to affect the land surrounding it,” he pointed out.

Mr Butterfield added that Bord na Mona could be more creative and imaginative in its approach and play a role in creating employment in rural Ireland.

“Boora works is rusting away and could be used to develop small scale business as happened in the Tanyard in Tullamore in the past,” outlined the Ballincanty farmer.

He added it was very hard for young people with ambition and viable business ideas to start off a small business and they would appreciate a leg up.