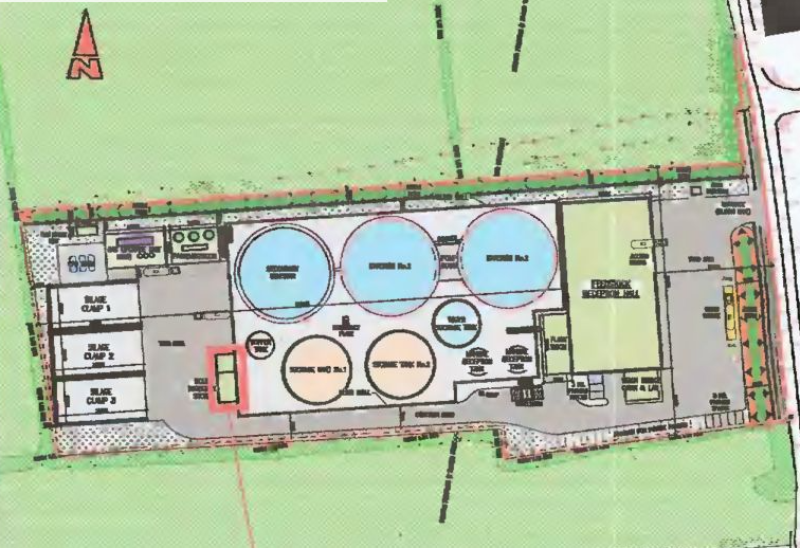 THE residents of Rahan Road in Tullamore are calling for more people to object to a proposal by Dublin based Strategic Power to construct an Anaerobic Digester at Ballyduff.

The site is located near the Axis Business Park, close to Chadwicks Hardware, and opposite a site for a proposed Laois Offaly Training and Education Board facility.

The residents believe if the development is approved it will ''have a major detrimental impact on the whole town of Tullamore and not just the Rahan Road.''

However, the council put the application on hold last September while they sought further information which was provided on November 24. A new decision date has now been set for January 27, 2021.

The proposed facility will accept approximately 50,000 tonnes of feedstock, such as silage, farmyard manure and chicken litter, that will primarily be sourced from local farms within 10 kilometres of the site. It will not accept any municipal waste.

''A by-product of the production process -digestate will be used as an organic bio-fertiliser which will be returned to the supply farms, fully closing the circular economy model and reducing the requirement for imported chemical/synthetic fertilisers,'' Strategic Power state.

The residents are objecting on the grounds that the developer proposes to lorry a minimum of 30 loads of waste per day to the site. They say the digestate has to be transported back out from the plant via the network of roads in the town.

They are also concerned about the plant running on a 24/7 basis with some periods being unmanned.

The residents claim that ''odour from the plant will negatively impact the whole town.'' And there will be a risk of vermin and increased traffic throughout Tullamore.

They also fear noise from the plant and a risk of pathogens (salmonella, parasites, viruses, fungi) from the digestate.

In addition they claim there is a risk of fire and explosion from the plant and say there are numerous examples available from the UK.

Furthermore they assert that there can also be gas leaks, resulting in gas poisoning and a serious risk of pollution of underground water systems.

The residents state: ''Various residents associations throughout the town are not opposed, per se, to the development of this facility, but strongly object to the locating of this facility in a populated area and feel there are sites which are suitable and appropriate for such a facility, a position taken by Laois County Council.''

A number of local councillors along with Barry Cowen TD and Carol Nolan TD have added their names to objections to the proposal.

Paul Carson spokesperson for Strategic Power Limited said the plant ''will be heavily regulated by numerous government departments including CRU, [Commission for Regulation of Utilities]  Gas Networks Ireland, Dept for Agriculture and the Environmental Protection Agency.''

A statement from the company said it has, ''gone above and beyond in the design of the Tullamore plant to include key elements such as a feedstock reception hall with an advanced odour filtration system which gives local residents additional security. This site will be an exemplar for the fledgling AD industry in Ireland which Strategic Power is pioneering,'' the company added.