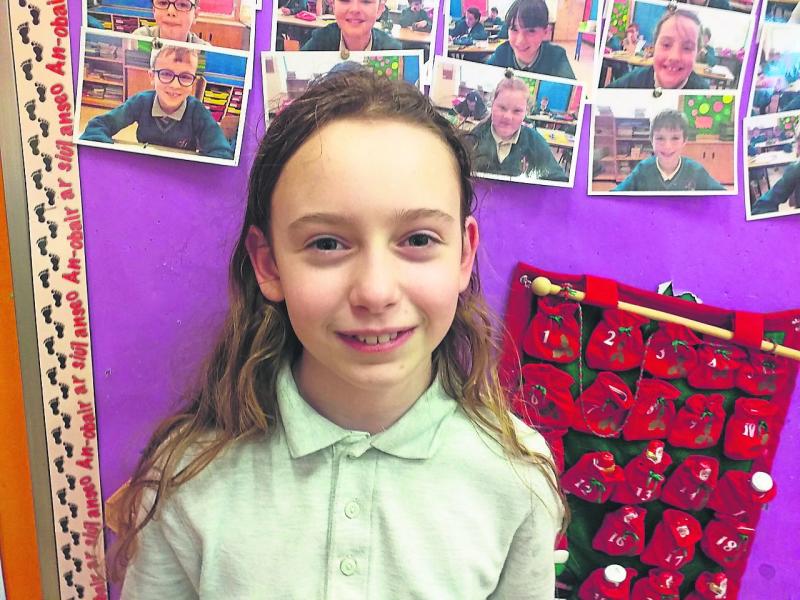 Muireann McDonnell waned to raise awareness of the effects that the dumping of vast amounts of plastic in our oceans is having on the global environment.

Her family, teacher and classmates donated some money while Muireann remained silent for the three days. Quite an achievement for an eleven-year-old!

The funds raised were donated to The Great Pacific Garbage Patch Cleanup Association. This organization is working on a project to send giant U-shaped metal tubes with nets trailing along underneath them to pick up or catch floating debris and litter in the Pacific Ocean.

More information can be found at
https://theoceancleanup.com/great-pacific-garbage-patch/

It is estimated that 1.15 to 2.41 million tonnes of rubbish and plastics flow from rivers into our seas and oceans each day. Much of this plastic will not sink to the bottom. This can damage coral reefs and wildlife.

Muireann said: “My classmates and I gathered €38.50 for the conservation. With my own donations this added up to €40 worth of donations in total.”

Muireann's teacher in the Gaelscoil Máistir Richie O'Mahoney said he was very proud of Muireann even though he missed her chat over the three silent days!