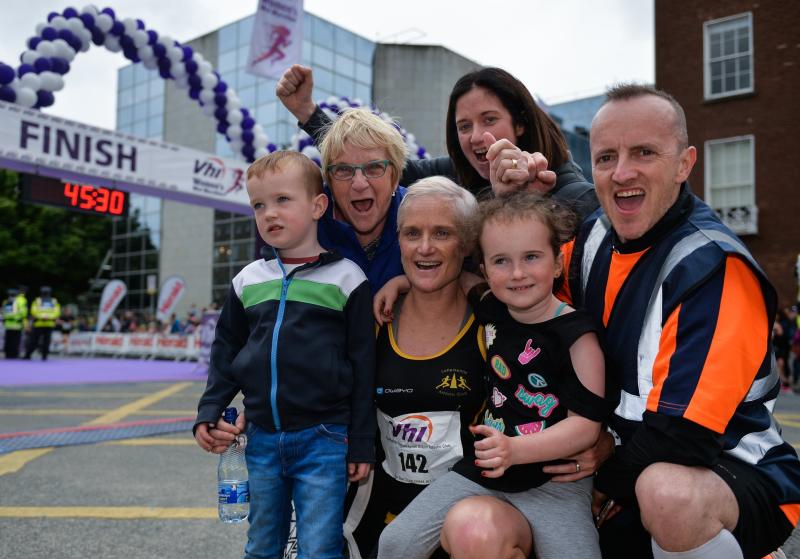 ANN Marie McGlynn's bid to qualify for the Tokyo Olympics next year remains on ice after she fell well short of her target at the Valencia marathon in Spain this morning.

The Mucklagh woman posted a very respectable 2.35.29 but it was still well short of what she wanted and where she needed to be.

Nee Larkin, McGlynn is chasing the Olympic qualifying standard of 2.29.30 and she was almost six minutes outside that target.

It was also close to two minutes outside her personal best and this will have been the most disappointing aspect for McGlynn, who lives in Strabane, Tyrone and races with Letterkenny AC, across the border in Donegal – she ran a superb 2.32.54 in Dublin in 2019.

She finished 31st out of 47 women in Valencia and set a hot pace in the first half of the race. She went through half way in 1.15.44 – it was probably a few seconds short of what she had hoped for but it still left her well poised to launch an assault on that 1.29.30 target. However, she would have needed to run the second half in 1.13.45 to dip in under 1.29.30 and that was a big ask on a day where the wind was a factor for some athletes.

A very gutsy athlete, McGlynn was a brilliant juvenile athlete with Tullamore Harriers when she won a host of national medals and earned international recognition as Ann Marie Larkin. She drifted away from the sport in her twenties but made a stunning comeback in recent years. She initially took it back up to help cope with the pressure after an illness to her son Alfie (he made a full recovery) but soon found her stride again, winning national medals and competing for Ireland in the European Cross Country Championships.

Now 40 years of age, she soon turned to half marathons and marathons as her preferred events at this stage of her career and she was also very aware that the marathon represented the only realistic chance of her making the Tokyo Olympics.

The Olympics were deferred to 2021 because of the Covid-19 pandemic and McGlynn's ambitions are now hanging by a thread.

2.29.30 is a very tough qualifying standard but there is another way in through the IAAF world ranking list. McGlynn is currently ranked 323rd on the list but could have an outside chance of making it through this – each country is only allowed to send a maximum of three athletes to the Olympic marathon and this includes a lot of Kenyans and athletes from other countries ahead of her who not going to make the trip as they won't be in the top three in their country.

McGlynn would have been higher had she won the national title in 2019 as there are considerable points from winning your national championship but she was passed by the winner, Aoife Cooke with a mile to go. Fionuala McCormack (formerly Fionuala Brittan) is the only Irish female qualified for the Olympics marathon yet.

The Offaly athlete ran a sensational personal best of 71.40 minutes for the half marathon at the World half marathon in Poland earlier this year and that time would suggest that 1.29.30 is achieveable for her. However, fast half marathons don't always translate into fast marathons and she has it all to do now.

She certainly won't be giving up the ghost, however, and with the qualifying period remaining open until the end of May, McGlynn will be targeting other marathons in 2021.