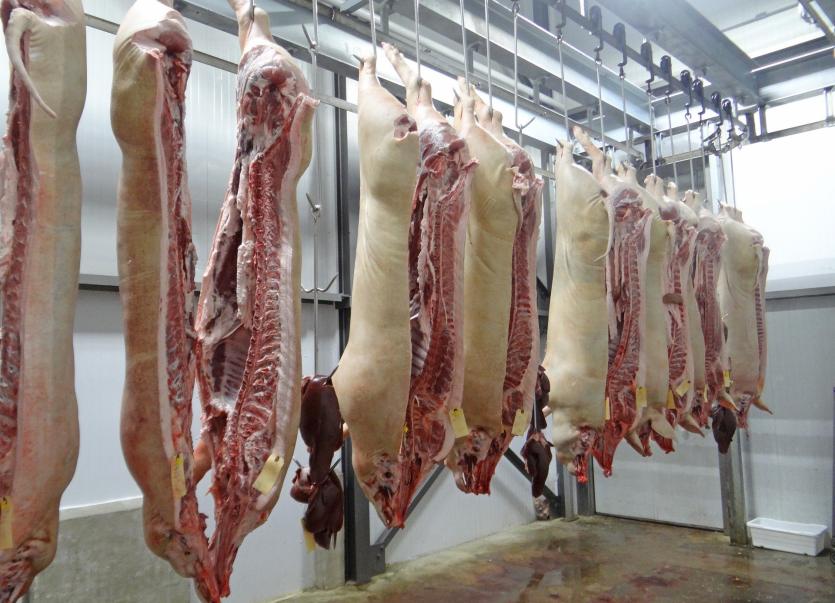 Workers in Offaly are among those who have been interviewed for a critical report on the working conditions of migrant workers in the meat industry which were described as disgraceful.

Today, November 25, in a report, “Working to the Bone,” the Migrant Rights Centre Ireland (MRCI) said there is “a systemic culture of discrimination and dangerous working conditions across the meat sector in Ireland, with many employers putting profit before the health and safety of workers.”

Meat Industry Ireland, which represents companies in the sector,  has rejected the claims.

Asked to comment on the MRCI report (available on the MRCI website), MII  said: “Meat Industry Ireland (MII), representing primary meat processor companies, strongly refutes the claims being made by MRCI in relation to employment and health and safety practices of our sector. Were such practices to exist we would expect and encourage them to be reported to the proper authorities.”

It added: “The primary meat processing sector is highly regulated and subject to the full rigors of employment law, with meat plants regularly inspected by officials from the Workplace Relations Commission and Health and Safety Authority (HSA) who have legislative powers to intervene. The findings of multiple inspections by the HSA across the industry in recent times do not support the allegations being made by MCRI. All employees in the sector, regardless of nationality, are protected by the same Irish employment and health and safety legislation.”

MRCI said it spoke to over 150 workers across thirteen counties.

Just over half of the migrants are non EU staff and a fifth have work permits.

MRCI said the research reveals a sector with low pay, poor terms and conditions and a “disgraceful” health and safety record.

It said almost 60 percent of respondents have been injured at work and say this is because of faulty tools or machinery. They say there is  no or limited training on health and safety or on how to use equipment properly, a lack of protective measures or equipment and exposure to toxic chemicals and high noise levels.

Bríd McKeown, Workplace Rights Coordinator with the MRCI said “This research shows that workers feel under pressure to work at unreasonable and unsafe speeds on the production line. Despite staff shortages during holidays or Covid-related absences, production levels are back on par with 2018 and exceed 2019 levels.”

She said despite years of experience in the sector, meat workers face a culture of oppression in their workplace, low wages and lack of progression, and poor health and safety standards.

She concluded, “We need the government to take this seriously and to act in the interests of workers not just big business. We need a new approach to the meat sector, one that values transparency and accountability. We are calling on the Government to establish a Joint Sub-Committee of Business and Agriculture to oversee this, and for an overhaul of the work permit system so that workers can change jobs and stand up to exploitation without fear of becoming undocumented.”

Among its recommendations is for the State to increase capacity of the Health and Safety Authority to better investigate and enforce breaches via unannounced inspections, and prioritise speaking to workers anonymously and in a language they can understand about their experiences, and shut down workplaces on the spot if deemed necessary.

It also says the HSA should develop specific guidelines for workers in meat factories and that  the Workplace Relations Commission inspectors carry out a targeted programme of inspections in meat factories, who prioritise speaking to workers anonymously and in a language they can understand about their experiences, and with a non-punitive approach to employees who maybe undocumented.

The trade union, SIPTU, said it  “once again” was calling on the Government to implement the key recommendations, relating to the meat processing sector,  made by the Oireachtas Committee. These include mandatory sick pay for all workers in the industry and that its provision should be linked to any future work permits being granted to migrant workers.