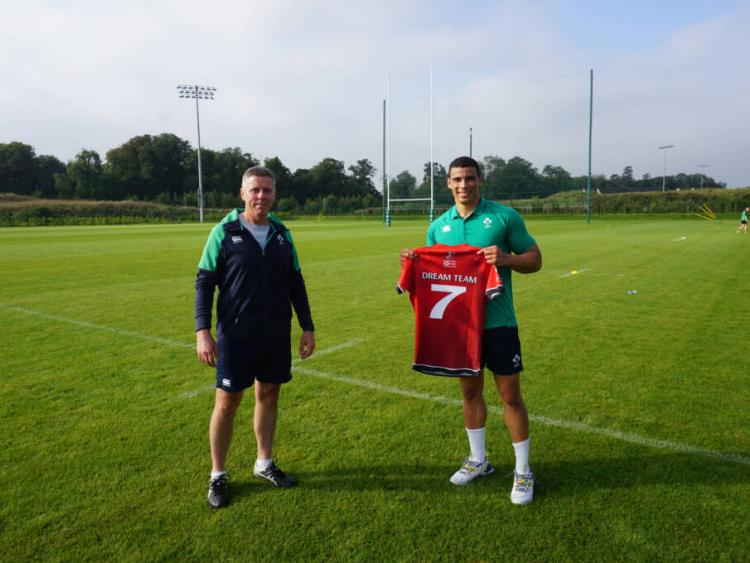 Named on the international mens' dream team and crowned as the top try scorer a few weeks ago, he has now been named as the Irish mens sevens player of the year at the Rugby Player Ireland awards.

The awards cap off a super 2020 season for Conroy, whose blistering pace on the wing has seen him emerge as one of the world's top sevens players.

A multi talented sports person in his youth, excelling at rugby, soccer and athletics, the former Tullamore Rugby Club member scored thirty tries in 28 games for Ireland during the 2020 World Series, finishing eight ahead of the USA's Carlin Isles.

Securing his place on the Dream Team was a huge achiement for Conroy as it features many of the biggest names in world sevens' rugby.

Speaking after receiving that award, Conroy said: “I’m really proud of the achievement as it was our first year on the World Series as a core team. For us a group to receive three awards, and in particular be recognised as a team, is testament to the work everyone has put in behind the scenes, from the players to all of the staff.

“To be named as the top try scorer and on the World Series Dream Team is an honour but again it is down to the hard work of everyone in the Ireland Sevens programme to enable us as players to go out and perform to the best of our ability.

“These awards only give us more hunger as players and as a group to better ourselves and improve on our performances from this season. A big goal for us as a team is to achieve Olympic qualification and that vision remains undiminished. We are working hard to put ourselves in the best position to have a good season in 2021.”

Conroy’s try-scoring exploits throughout the course of the 2020 Series, from his five tries against Scotland in Dubai to crucial scores en route to quarter-finals in Cape Town and Los Angeles, brought the Tullamore native’s talents to a worldwide audience as Eddy‘s Ireland impressed during their debut World Series campaign.

The winger’s overall World Series try-scoring record now stands at a remarkable 45 in 43 games and Conroy’s extraordinary season also marks the second year running that an Ireland Sevens player has finished top of the try-scoring charts and on the HSBC Dream Team, after Amee-Leigh Murphy Crowe led the way on the Women’s circuit in the 2019 season with 35 scores.

The postponement of this summer’s Olympic Games means Ireland Men are facing into another big 12 months, as they bid to improve on their performances on the World Series in 2021 and build towards the Tokyo qualifying tournament.