"I withdraw the statement that you're confused. I think maybe I should use the words 'a bit petty'." 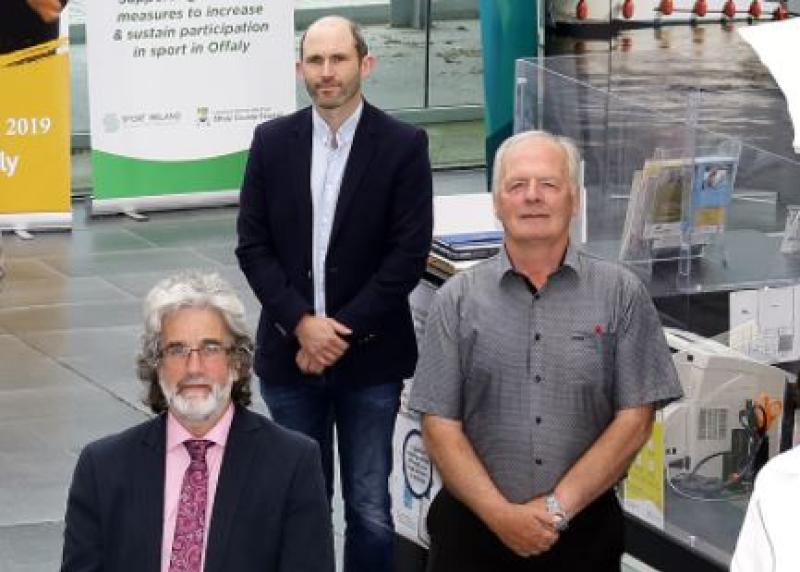 A ROW at a meeting of the Edenderry Municipal District resulted in Cathaoirleach John Foley withdrawing an allegation that his colleague Cllr Liam Quinn was “confused”.

However, Cllr Foley refused Cllr Quinn's request to withdraw a statement the Cathaoirleach made in July in relation to Edenderry's wastewater treatment plant.

Cllr Quinn, Fine Gael, quoted a statement made by Cllr Foley in which the Independent representative indicated that no future developments would be permitted in Edenderry because of a lack of capacity at the town's sewage works.

Reading an excerpt from an article in a local newspaper (not the Tullamore Tribune or offalyexpress.ie), Cllr Quinn attributed the following to Cllr Foley: “It is shocking to say that in 2019 Edenderry wastewater treatment plant was at full capacity and that as it stands there will be no further house construction projects allowed to take place in the area once the present schemes which have received planning permission are completed.”

Cllr Quinn said that statement was “very loaded” and “categoric” and gave the impression that planning applications for houses would be automatically refused.

He said it would be important to clarify that Edenderry is “open for business” and furthermore, that councillors did not have a role to play in planning applications, beyond deciding on the County Development Plan.

“I fully appreciate the point that a reduced wastewater treatment plant not operating fully doesn't help but it's not a definite one way or the other,” said Cllr Quinn.

The Rhode councillor also said he was not happy with how the discussion in the July meeting had been reported in the newspaper and asked that a letter be written to the owners.

A key point he had taken from the meeting was a clarification from the council's environment director Mary Hussey that in planning an extension of the treatment plant, Irish Water were only going to factor in a 5% increase in the town's population within five years, which would be equivalent to about 400 people.

Cllr Quinn said he believed an expansion to cater for a further 400 would be “too small” but said Cllr Foley had spoken about a plant for a population of 15,000.

“That's 17 and a half times more than Irish Water said they were considering at the minute,” said Cllr Quinn, adding that a member of the public had asked him why the councillors would be seeking such a huge expansion which would be so removed from the existing capacity.

He was supported by his Fine Gael colleague from Edenderry, Cllr Noel Cribbin, who said he was disappointed with the newspaper report because it did not reflect the meeting and the contributions made by the councillors present.

Cllr Cribbin asked the other councillors to remember that the Edenderry plant had been sanctioned for an upgrade by Irish Water “and it was hard getting that”.

At the same time, he believed an extension for even 500 people wouldn't be “worth a damn” because there were other significant developments on the way in the town, including the new school which could have 1,000 students.

Responding, Cllr Foley said it was agreed that the treatment plant was not fit for purpose and he believed it will restrict construction.

“I do not believe we should spend money to upgrade the treatment plant in Edenderry for the sake of 500 people,” he said, adding that he had worked in the business for 35 years and had spoken to people who knew about it.

Cllr Quinn again called on Cllr Foley to withdraw his statement about the implications the plant had for planning applications because it sent out the “wrong signal”.

At that point Cllr Foley said Cllr Quinn was “being a little bit confused”.

“How do you mean I'm confused?” asked Cllr Quinn.

When Cllr Foley said he “didn't see” the statement which Cllr Quinn was asking him to withdraw, the Fine Gael representative told him: “You made it.”

Mark Mahon, area engineer, said his recollection of the July discussion was that while an increase in capacity at the plant of 386 population equivalent was proposed in the capital works programme, a “longer horizon” should be the aim because of the length of time it takes to deliver such projects.

Cllr Quinn again called on the Cathaoirleach to withdraw his original statement, plus the allegation that the Fine Gael representative was confused.

Cllr Foley, who accidentally addressed Cllr Quinn as “Cathaoirleach”, said he would not be withdrawing the statement he made in July.

He added: “Cllr Quinn, I withdraw the statement that you're confused. I think maybe I should use the words 'a bit petty'.”

Cllr Quinn replied: “I'd like to thank you for withdrawing what you said about me because I think that reflects petiness more than what I said.”

The councillors agreed with a suggestion from Sharon Kennedy, district manager, that an update from Ms Hussey at the next meeting would be helpful.

Cllr Robert McDermott, Fianna Fail, told the meeting he was thankful for press coverage the councillors received and he believed they should all agree on what was needed for Edenderry.

Regarding the dispute between the other councillors he said: “It seems to be a personality issue between two sides of the house. We need to draw a line under it for the betterment of the town, one way or another.”

The meeting, which took place on Wednesday afternoon in the council chamber at Aras an Chontae in Tullamore because of social distancing requirements, had echoes of previous exchanges involving Cllr Foley in April.

At a meeting held using Zoom technology, Cllr Cribbin accused Cllr Foley of putting out misinformation about him and also alleged the councillor had told “lies”.

That dispute centred on the wastewater treatment plant and flooding at Greenwood Park.

At one point during the exchanges, Cllr Foley said he wasn't “interested in playing politics with any clown” to which Cllr Cribbin replied: “You're very good at it.”

That meeting heard changes in the timing of discharge of waste by some of the bigger industries in Edenderry had freed up capacity at the wastewater treatment plant and planning applications were being dealt with on a case by case basis.

Cllr Foley said he was glad Edenderry was “open for business”.