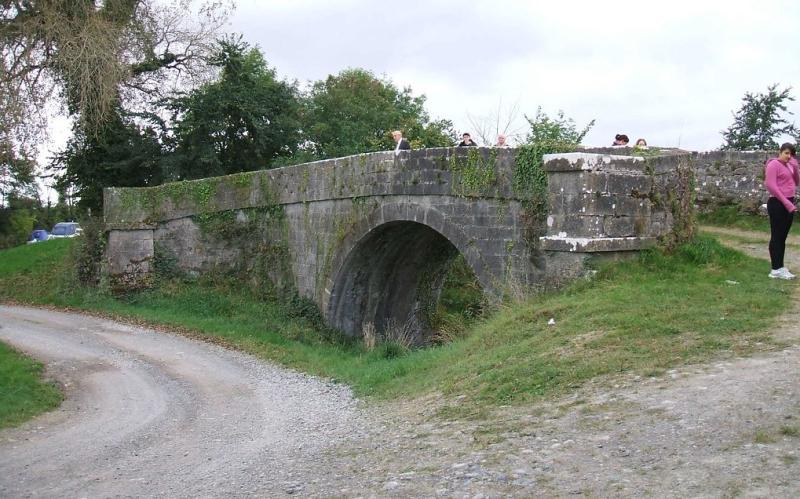 THE Kilbeggan Grand Canal cycle track link joining the Dublin/ Galway route to the Grand Canal at Ballycommon has received the green light with a €1 million funding grant getting full approval.

Renew Kilbeggan saw the opportunity for the link a number of years ago and through quiet persistence, working with Westmeath County Council, Offaly County Council, Waterways Ireland and the local community have finally realized their long held vision become a reality and are delighted to see the project underway, said the group's Chairman, Dan Scally..

Work on the Greenway link from Streamstown to Kilbeggan is already at an advanced stage and Mr Scally congratulated the very active Streamstown community on the renovation of the old railway office, carpark, and children’s play area.

While both county councils commenced work in the early spring, it had to be suspended due to the current Covid -19 crisis. It is expected that work will restart shortly with the objective of all work being completed by late autumn.

The dream to reopen Kilbeggan branch of the Grand Canal began in 1989 and is an ongoing objective. Much progress has happened since then, with the full restoration of the building from its dilapidated state, reinstatement of the Harbour basin, reopening of the Canal banks, restoration of bridges, culverts and overflows.

All this was achieved with the full the cooperation of the two councils, Waterways Ireland, SOLAS (previously known as FAS), LEADER, and most important the very generous support from the local community with all the various fund raising activities.

Said Mr Scally: “An important milestone was reached in the last six years, working with legal and property section of Waterways Ireland having the boundaries marked out and assisting with identification of various and previous land owners along the route. This cleared the way for the approval of grant aid and the spending of public funds, thus giving the green light for the current cycle way.”

When completed, the total estimated expenditure on the cycle link from Streamstown to Ballycommon, a total of 16 miles distance will be in the region of €1.5 million. This comes soon after the €1.7 million enhancement of Kilbeggan main street, giving a significant infrastructural boost to the town and the area.

Linking together two major cycle routes as is the objective of this project, connects Kilbeggan and the area to a growing network of cycle ways throughout the country and interlinks with major long distance cycle routes across the continent.

Bord na Mona also plan to link Boora wildlife park and Mount Lucas wind farm (where they have already completed 20 km of cycle track) to the Grand Canal way and this will link with other major attractions in the midlands, like Dun Na Si in Moate, Kilbeggan Distillery, Athlone Castle, Belvedere House and probably other links to follow.

Other projects in the pipeline for Renew Kilbeggan are:

Upgrading the energy efficiency of Harbour building
Enhancing facilities along cycle routes like additional picnic areas, tree planting, signage of places of interest including history, folklore, poetry thus adding interest to the route.
Provision of a looped walk, fishing bays, parking along the beautiful Brosna river from the back of Kilbeggan Distillery to Coola Mill, back along the Grange Booreen and Comagh road to the town.
Put an online virtual history tour of the town and environs together with the book publication on the very historic St. Becans graveyard.